Bzzzzz: Why Naga Mayor Chiong suspension is not as bad as it looks 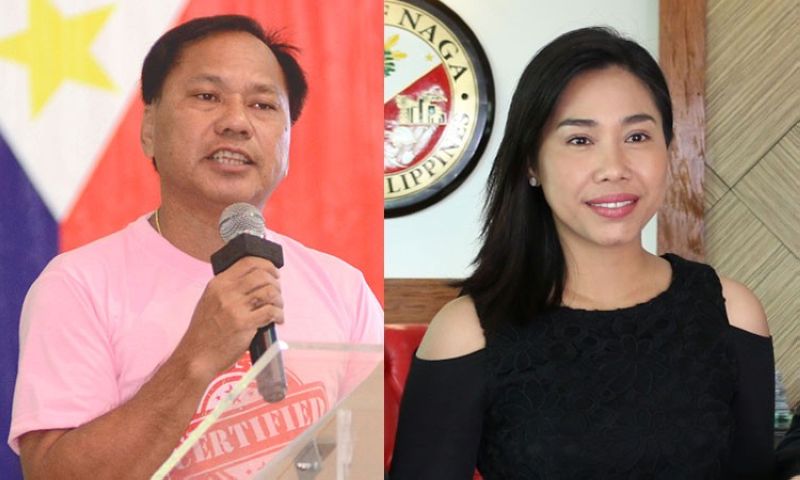 * LOOT'S DEFENSE TO GRAFT, MALVERSATION JAIL RULING. Former Daanbantayan mayor Ma. Luisa Loot and businessman Samuel Moralde were found guilty of the charges which arose from "anomalous" disbursement of P.5 million cash that was loaned in 2007 to a quail raisers organization led by Moralde when Loot was the town mayor.

The Sandiganbayan faulted Loot for not looking into the accreditation and background of the lender and her failure to monitor the use of the money. Her lawyer's defense: there's "no malversation if the transaction is a loan." And they have found the documents lost or mislaid during typhoon Yolanda in 2013, the Loot camp says.

* TWO CABINET MEMBERS BEING INVESTIGATED FOR CORRUPTION. The Presidential Anti-Corruption Commission (PACC) is looking into a complaint filed by an unidentified person against two secretaries of Cabinet rank. The same Cabinet that recently drew presidential praise for honesty and competence.

No allegation of bribery

Naga City (Cebu) Mayor Valdemar Chiong has been suspended for 90 days by the Sandiganbayan in a decision of its sixth division dated July 25.

Val Chiong allegedly gave "unwarranted benefits" to Petronas Energy Philippines Inc. when he granted it a business permit in April 2014 with no certification from the Bureau of Fire Protection.

Is it as bad as it looks for the public official who has already served three consecutive terms and is now serving his fourth, after a one-term absence (which his daughter Kristine Vanessa filled)?

Not if you look at it this way:

[1] IT'S UNAVOIDABLE. The suspension is mandatory under Section 13 of the Anti-Graft and Corrupt Practices Act (Republic Act #3019). The law says "any incumbent public officer against whom a criminal prosecution under a valid information" -- under the AGCP law or the Revised Penal Code or for any offense involving fraud on public funds or property -- is pending in court "shall be suspended."

"Any" public officer, "any" graft and corrupt practices violation or fraud on public funds or property, "any" stage of the proceeding: the all-embracing word is all over. The only way to dodge suspension is to show that the information filed by the ombudsman, on which the trial is based, is not valid.

[2] NO SPECIFIC ALLEGATION OF BRIBERY. The charge is not plain bribery or pocketing public funds. It is alleged failure to follow the law on requirements for a business permit. Favor for the applicant because of influence or consideration is suspected but no allegation of outright stealing or "kotong."

[3] NOT A FORECAST OF TRIAL RESULT OR ENDING. Suspension is routine procedure during trial, primarily -- but not solely -- to prevent the public official from tampering evidence or influencing witnesses. It does not indicate the prospect of finding guilt of the accused.

[4] THE VICE MAYOR IS HER DAUGHTER. The public official who will take over as mayor is Val Chiong's daughter, Kristine Vanessa, who is already experienced as a mayor and, importantly, is on his side and in his camp.

Sofronio B. Ursal, a Cebuano former commissioner of the Commission on Audit, wrote in his 2006 book "Anti-Graft Guidebook" that academicians distinguish "graft" from "corruption."

"Graft" is committed by an individual, while "corruption" involves collusion of at least two persons. Most commentaries on the law, though, use the two terms interchangeably, Ursal said, as they have common meaning: "taking advantage of one's position to gain money, property or influence; dishonesty, lack of integrity and bravery."

When a public official is charged with violation of RA #3019, he may find some comfort that he is accused of, say, failure to conduct public bidding and not of siphoning millions of pesos to his private foundation.