Kelly looking at other promotions for comeback 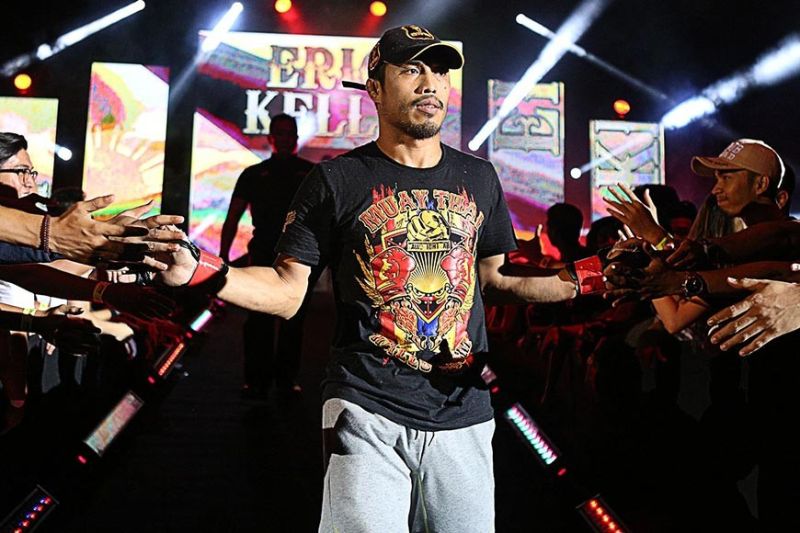 BAGUIO. After being waived by ONE Championship, Eric Kelly hopes to make a comeback this year even if it means signing with other MMA promotions. (ONE Championship photo)

DESPITE having lost all his last seven bouts, retirement is still far from Eric Kelly’s mind.

Kelly, a former world title contender, was recently waived by ONE Championship after suffering his seventh straight defeat from January 2016 to June this year.

“I still have the passion to fight,” said the former title contender.

Kelly added he is hoping to sign up with other MMA promotions and prove to the world he is still capable of competing in the world stage.

But while waiting for a call–up, Kelly said he is currently helping out other gyms in Baguio City as sparring partners for MMA fighters.

The 37–year–old added he was always willing to cross train with other gyms in the city especially before his bouts and also to share his knowledge and experience in MMA to up and coming fighters.

Kelly was a former featherweight champion in URCC debuting in 2009 racking up nine straight victories including a second round technical knockout of former UFC fighter Jens Pulver in 2012.

The victory then paved the way for an All-Filipino title fight in ONE when he faced Honorio Banario for the inaugural featherweight world title but yielded in the fourth round.

He then racked three more victories, the last against Hiroshige Tanaka in 2015 via unanimous decision.

Since then, Kelly went on to lose seven straight.

Kelly’s shining moment was in 2014 when he won the $50,000 ONE Warrior’s bonus after submitting Rob Lisita of Australia in their epic battle via rear-naked choke.

“I know I can still fight. Retirement is not yet on my mind,” Kelly said in local dialect.