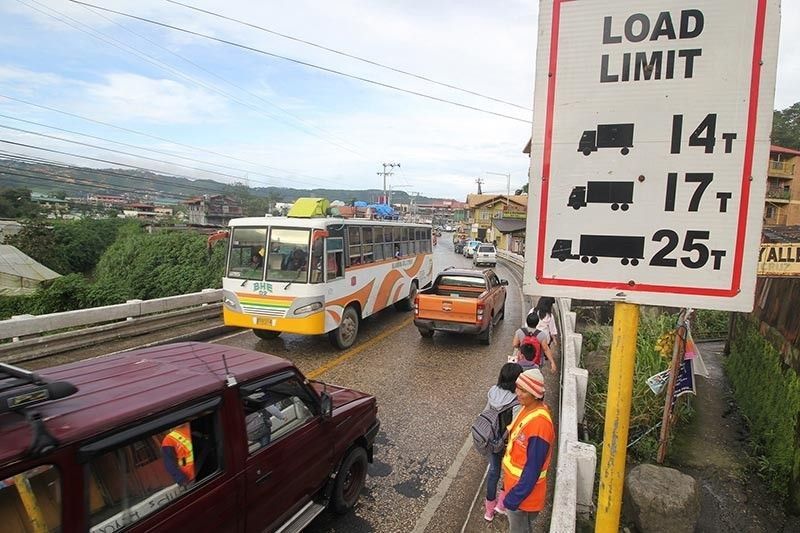 LA TRINIDAD, Benguet -- The Benguet First District Engineering Office of the Department of Public Works and Highways (DPWH) in the Cordillera (CAR) is pushing for the immediate rehabilitation of the Balili Bridge along Baguio-Bontoc Road.

“Results of their tests show that the bridge is repairable,” Gallato said.

Benguet 1st District on July 29 said the Balili Bridge has shown signs of weakening, transverse cracks, and scouring has developed on the concrete deck due to wear and tear.

Gallato added that considering the number of motorists that have passed through for more than 50 years, the bridge became weak.

“A bridge should not be more than 50 years,” Gallato said.

He said the DPWH central office is now willing to provide additional fund of P10 million aside from the earlier awarded fund of P14 million.

The DPWH official said the work program to be submitted by the First district engineering office to the central office.

With the current state of the bridge, Gallato asked the public to take alternate roads and only vehicles weighing five tons and below are allowed to pass the bridge.

The bridge caters to motorists including farmers, delivering their vegetables at trading centers in La Trinidad.