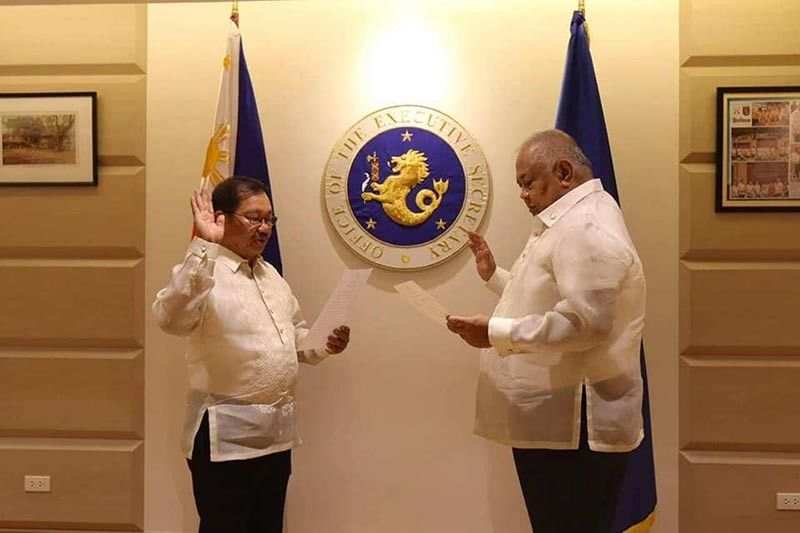 DAVAO. With the appointment of former Agriculture secretary Emmanuel Piñol as the new chief of the Mindanao Development Authority, officials expect him to further focus on projects to improve agribusiness sector. (Photo from Manny Piñol's Facebook page)

WITH the appointment of former Agriculture secretary Emmanuel "Manny" Piñol as the new chief of the Mindanao Development Authority (MinDA), officials expect him to further focus on projects to improve agribusiness sector.

"We definitely expect further focus of MinDA towards agribusiness growth of Mindanao. We started already with special economic zones, identifying viable areas that can be integrated and consolidated and be presented for possible and specific investments for the private sector," assistant secretary Romeo Montenegro, MinDA executive director, said during a side interview at the Habi at Kape media forum Wednesday, August 14, 2019.

"Noting the earlier pronouncement of Secretary Piñol that he would like to focus on agriculture and poverty reduction, this fits rightly into the medium to long term strategy of MinDA also for 2020 to be updated 2030 towards accelerating growth of Mindanao that is anchored on agriculture," he added.

Montenegro stressed the need to focus on agriculture in Mindanao as its growth will trickle down to creating more jobs.

But he said other advocacies of MinDA for the development of Mindanao will continue.

President Rodrigo Duterte recently appointed Piñol as chairperson of MinDA, an agency under the National Government tasked with overseeing development and economic growth in the entire island region of Mindanao. His oath-taking took place Wednesday, August 14, at the Malacañan Palace and he is expected to report to MinDA office on Monday, August 19.

In his Facebook page, Piñol posted that the "new responsibility is a multi-task job to include Agriculture, Trade and Commerce, International Relations and even Security Concerns."