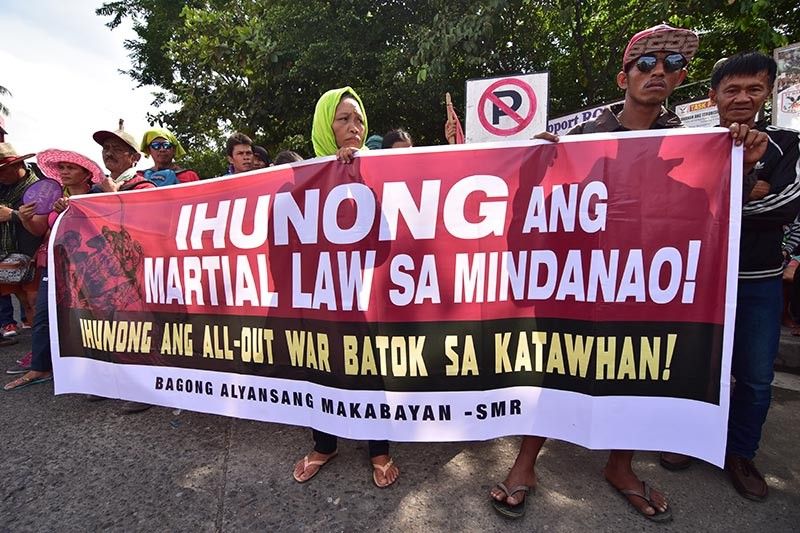 WHILE they support the Davao City Government’s proposal for the lifting of martial law in the city, a militant group wants to have it entirely lifted in Mindanao.

This was also the sentiment of Davao City Mayor Sara Duterte-Carpio, who initially discussed the proposal to lift martial law after having dialogues with different foreign investors during a business gathering in the city.

The Davao City Council had also passed a resolution for its lifting, after various consultations from security and private sectors.

Olalo said KMU Southern Mindanao, as of July this year, reported 96 extrajudicial killings in the region, 60 are farmers.

Professor Ramon Beleno III of the Ateneo de Davao University (AdDU), meanwhile, said including Davao City in the martial law implementation was not necessary, in the first place, because of the functioning political and security system in the city.

Although he said, Davao City had benefited from the tight security imposed by martial law, he said it created a stigma for tourists and investors.

He also said other areas, wherein lawlessness and terrorism is not alarming, should also be lifted from the implementation.

Former presidential aide and Senator Christopher Lawrence “Bong” Go said on Saturday during his visit here in the city that President Rodrigo Duterte has not yet made a decision on the request of his daughter, Davao City Mayor Sara Duterte-Carpio, to lift martial law in the city. (RGL)