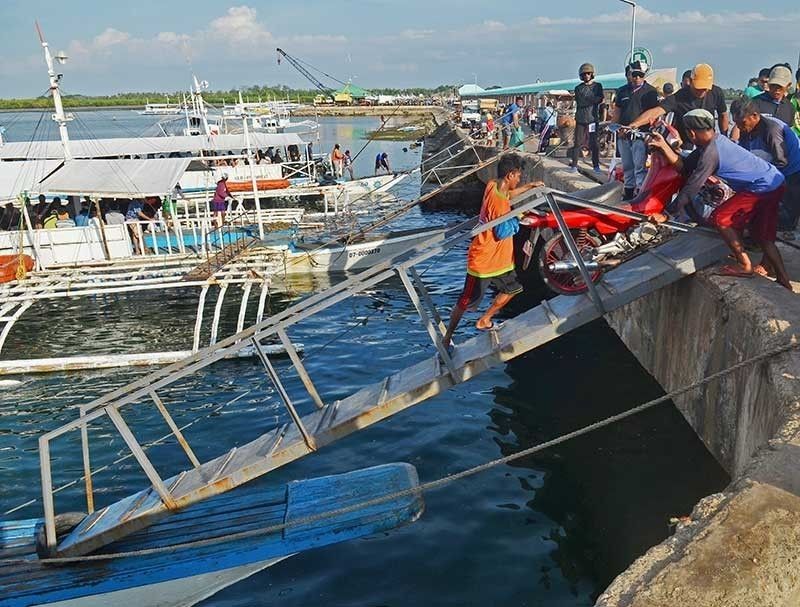 TO MOBILIZE the vessel modernization program, the Maritime Industry Authority (Marina) 7 will phase out wooden-hulled boats or motorbancas that operate in the waters of Lapu-Lapu City to ensure the safety of the passengers.

Marina 7 legal officer Daniel Martin Oral said Marina Circular 2016-02 (Revised Rules on the Phase Out of Wooden-hulled Ships Carrying Passengers in Domestic Shipping) should be implemented in the remaining months of 2019, but he said there is a possibility that it would not push through.

In another development, the Marina 7 issued an advisory on Wednesday, Aug. 14, 2019, announcing that passenger boats should sail only after sunrise, and the operators should stop after sunset. The agency regulates the shipping industry in the country.

The advisory was issued 11 days after three passenger boats capsized at the Iloilo-Guimaras Strait. The mishap claimed the lives of 31 people, including nine Cebuanos, last Aug. 3.

Promoting “the use of modern ship design and technologically improved alternative hull materials that are safe, resilient and environmentally-friendly” is among the objectives of the Marina.

Even if the passenger fares for wooden-hulled boats are cheaper compared to the modern steel-hulled ships, it would not mean the phaseout should not be realized, Oral said.

The Marina 7 official said the agency promotes a culture of safety.

“Our safety is not cheap,” he said.

Three boat operators are licensed to ferry passengers from the wharf in Sta. Rosa, Olango Island towards mainland Lapu-Lapu City and vice versa.

Oral said there are no more wooden passengers boats sailing from Santander, Cebu towards Sibulan, Negros Oriental and vice versa.

He further said wooden-hulled boat operators would not lose their livelihood as they can shift to island-hopping activities.

The Marina 7 can also endorse operators to agencies where they can apply for loans.

In its advisory, the agency directed passenger banca operators to have passengers wear life vests at all times. The boats, it said, must carry only 75 percent of their authorized capacity.

Motorbancas should sail only during fair weather, and these should be equipped with communication tools that can also send distress signals.

The Marina 7 will seek help from the Lapu-Lapu City Government in implementing the advisory.

Last week, a motorbanca tried to sail towards Olango Island, which is part of Lapu-Lapu City, despite the gale warning issued by the Philippine Atmospheric, Geophysical and Astronomical Services Administration. (From HBL of Superbalita Cebu/JOB)