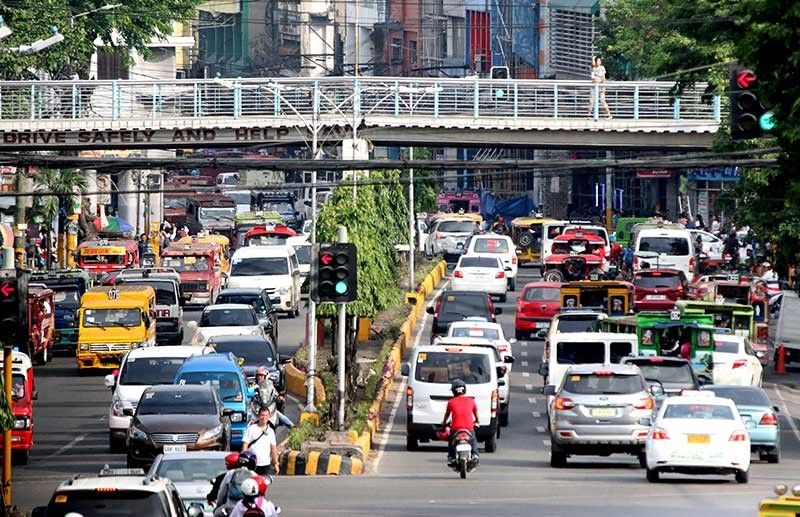 BOULEVARD OF MISERY. The traffic enforcer (in white shirt) feels helpless as vehicles pile up along Osmeña Boulevard in Cebu City after the malfunction of the traffic light system on Tuesday, Aug. 13, 2019. The City plans to replace the decades-old traffic system with a modern technology that it thinks can help solve traffic congestion. (SunStar photo/Alex Badayos)

Cebu City Transportation Office (CCTO) operation chief Andres Bayarcal said his office has submitted its request for funding with hopes that it would be included in the annual budget for 2020.

The CCTO wants to find a replacement to the three-decade-old Sydney Coordinated Adaptive Traffic System.

Installing modern traffic lights is just one of Labella’s priorities in solving traffic problems in the city. The other move is the managing of intersections well.

The mayor believes that the completion of the integrated inter-modal transport system (IITS) would declog the streets in the city.

The construction of the IITS will start before 2019 ends. The IITS is composed of a monorail, bus rapid transit and cable car system; it is expected to operate before 2022.

If the City Council would approve the P500 million budget for the CCTO in October or November, the CCTO could start looking for a service provider early next year.

Asked about the CCTO’s plan, Land Transportation Office (LTO) 7 Director Vic Caindec said it would take a lot of work and time in putting up a new traffic light system as Cebu City has 80 intersections.

Caindec said the P650 million budget used in constructing the Mambaling underpass should have been spent on acquiring a modern traffic light system.

“Cebuanos don’t deserve this traffic anymore. We don’t need that monstrosity of an overpriced canal in Mambaling,” he said.

Caindec claimed that the sensors at the intersections in Cebu City were damaged after road repairs in the past. (From PAC of Superbalita Cebu/KAL)