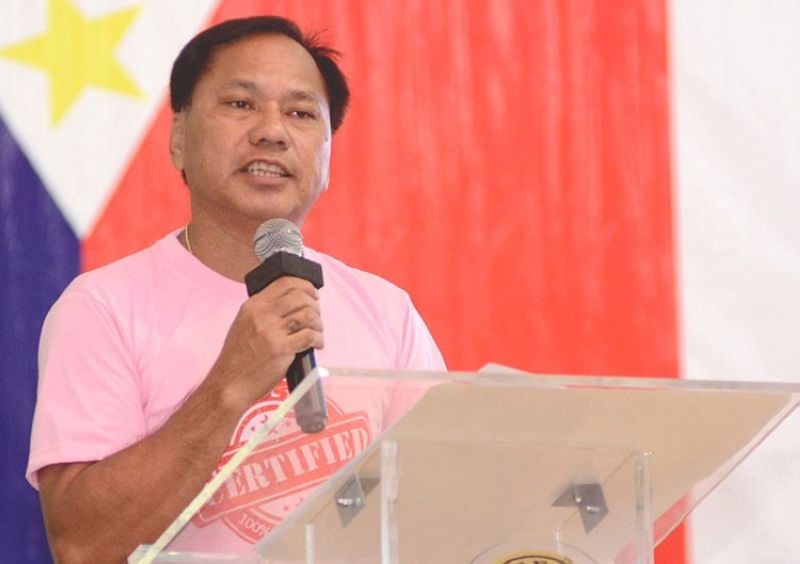 THE Sandiganbayan has ordered the 90-day preventive suspension of Naga City Mayor Valdemar Mendiola Chiong of Cebu for an alleged irregular issuance of a mayor’s permit to an energy company.

The Sandiganbayan Sixth Division, in a seven-page resolution last month, ordered Chiong’s suspension to prevent him from using his position to influence the investigation on him based on graft charges filed in 2014.

Chiong was charged with violating Republic Act(RA) 3019 or the Anti-Graft and Corrupt Practices Act when he issued in 2014 a mayor’s permit to Petronas Energy Philippines Inc. even though the company failed to secure the pre-requisite Fire Safety Inspection Certification from the local fire department. He was accused of giving Petronas “unwarranted benefits.”

Chiong told the anti-graft court last month that suspending him from office was no longer necessary “because there is no more possibility on his part to intimidate possible witnesses or hamper his prosecution.” He said all documentary evidence which he intends to present in his defense were already attached to his judicial affidavit submitted to the Sandiganbayan last May.

He added that, since he was recently elected as city mayor, suspending him would prevent him from performing his duties and “nullify the will of the people who elected him.”

But the Sandiganbayan Sixth Division found Chiong’s argument without merit and said the preventive suspension is mandated under RA 3019.

Chiong’s statement that he could no longer perform as mayor during his suspension “holds no weight and is no consequence to the accused,” the anti-graft court also said.

Upon learning of his suspension, Chiong said he respects the decision of the Sandiganbayan. He also told SunStar Cebu he has no plans to file a motion for reconsideration and he will just wait for the suspension to be implemented by the Department of the Interior and Local Government.

But he insisted there was nothing wrong with his issuance of a business permit to Petronas, which has a plant in his city. He was merely doing his duty according to law, he said.

He said the complaint against him was the result of a business conflict between Petronas and a rival liquefied petroleum gas (LPG) company also based in the city.

Chiong said he was surprised that, although they were able to secure an affidavit of desistance from the rival LPG company stating it was no longer proceeding with its complaint after Petronas was able to comply with all of the requirements, the case was still filed against him.

An earlier report quoted Chiong as saying he issued the conditional mayor’s permit to Petronas as the firm was awaiting its Bureau of Fire Protection certification, which it eventually got.

During his suspension, Chiong’s daughter and incumbent Vice Mayor Kristine Vanessa Chiong will serve as acting mayor and Chiong’s younger brother, Vergilio, the first councilor, will be acting vice mayor.