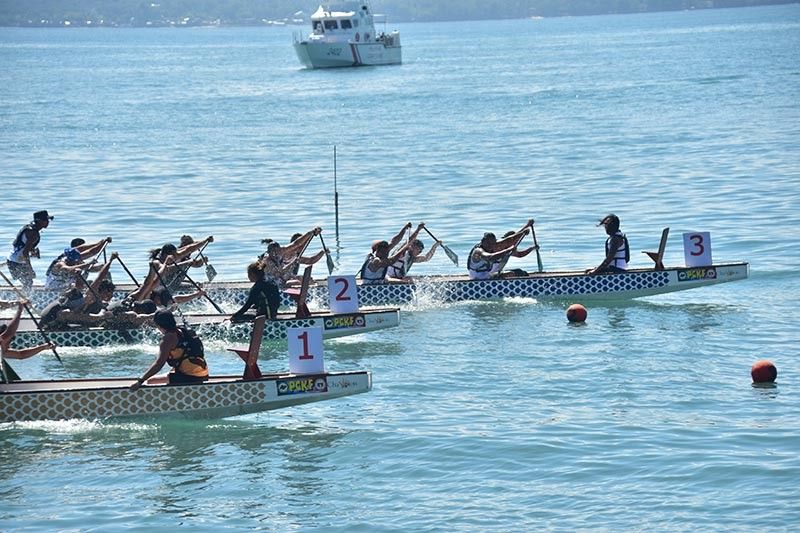 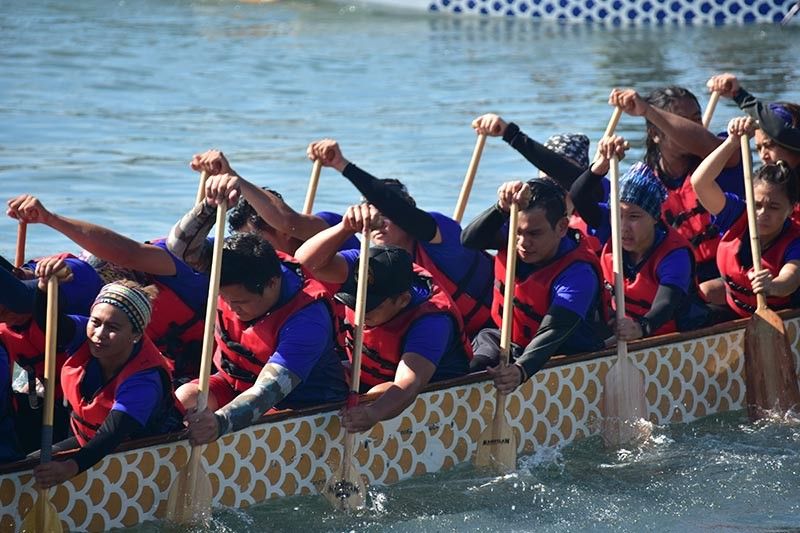 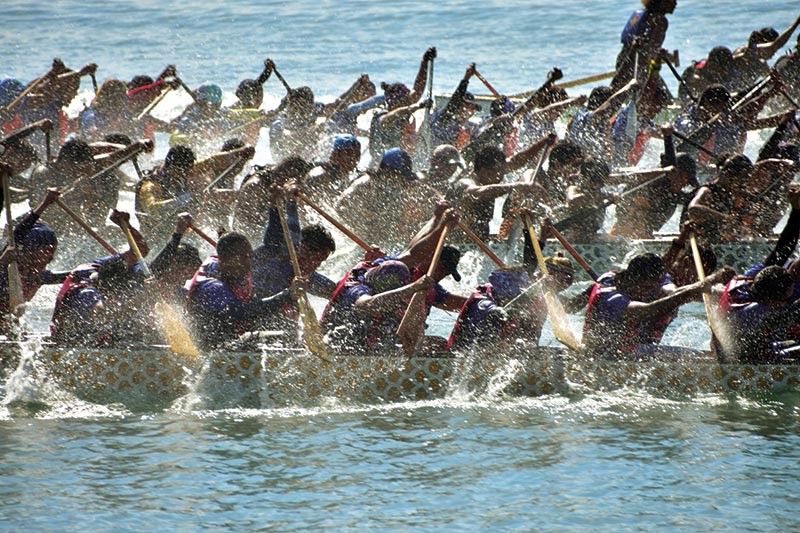 DAVAO. Intense. These paddlers compete with all the strength and speed they could muster. (Macky Lim)

NEW teams from Boracay and Mindanao raised the level of competition of the two-day 34th Kadayawan Dragon Boat Festival 2019 last Sunday, August 11, at the Sta. Ana Pier in Davao City.

But Mindanao teams led by Bakunawa Dragon Boat Team of Iligan City, competing for the first time in the Kadayawan races, stole the spotlight as it captured most of the gold medals at stake in the annual festival supported by the city government of Davao.

“We enjoyed competing in the Kadayawan Festival, the races were really tough. But on the side, we can also enjoy the sights and the food,” she told SunStar Davao.

BCNHS, according to her, is the first public high shcool team that has sought their help to form a team. “They’ve been so eager to learn,” she said.

She told SunStar Davao, “The Kadayawan Dragon Boat Festival was a success. We exceeded the expected number of teams. We started and ended on time and all teams from Luzon, Visayas and Mindanao had their share of the prizes.”

She also said on her Facebook post, “Organizing a two-day dragon boat festival is a challenging task. But it is all truly worth it when you can share your love and passion for dragon boating to 22 teams and 779 participants all over the country.”

She thanked God for guiding them every step of the way as well as the city government of Davao headed by Mayor Sara Duterte, Kadayawan Execom headed by Atty. Zuleika Lopez, Davao City Tourism OIC and Festival Director Generose Tecson and Davao City Chamber of Commerce for believing and trusting them again to organize the dragon boat festival 2019.

“To the Philippine Canoe Kayak Dragonboat Federation - PCKDF you have truly shown the efficieny and systematic way of officiating the race. Your continued support will always be remebered,” Calolot said.