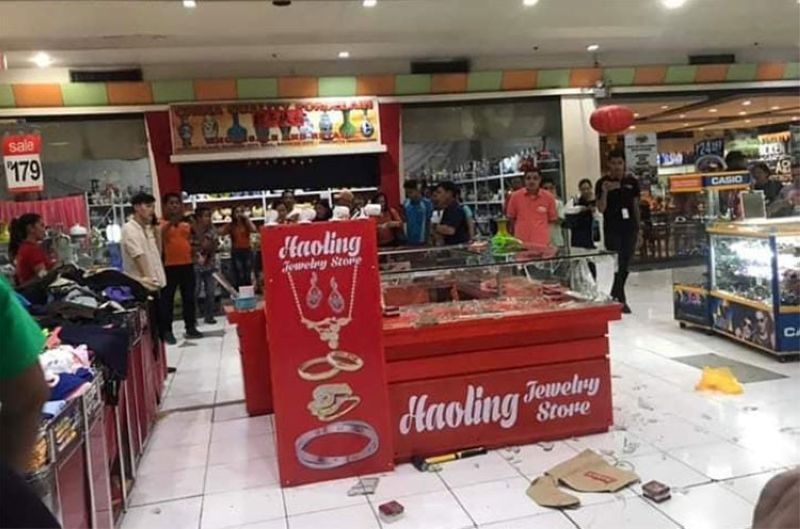 A ROBBERY complaint was filed before the Bacolod City Prosecutor's Office Wednesday, August 14, against three of the 10 suspects who robbed the two jewelry stores in Gaisano City Grand Mall in the city last week.

On August 7, more than 10 unidentified assailants, who were armed with long and short firearms, destroyed the stall glasses of Haoling Jewelry Store and F&C Pawnshop and Jewelry Store using a hammer and carted away P4.5 million worth of jewelry from Gaisano City Grand Mall.

The three suspects were identified through closed-circuit television camera footages from the mall, as well as the statement of witnesses.

BCPO Director Henry Biñas also lauded the operating units for their accomplishments as this bespeak of the commitment of the Bacolod police for the crime-free city.

Bacolod City Mayor Evelio Leonardia confirmed this Wednesday, August 14, after he held a meeting with Albayalde when he was in Manila last week.

Leonardia said Biñas was given a deadline to solve the Gaisano City mall robbery incident in Bacolod, but he refused to further elaborate the number of days.

"We cannot say that it's a blank wall. There's a certain gang that was even also mentioned by PNP Chief Albayalde which was the same name that was given to me by Biñas, they (the suspects) were operating nationwide," he said.

He added that the BCPO is also doing its best to prevent similar incidents in the future.

Leonardia said since Biñas assumed his post in BCPO, the crime volume in Bacolod had decreased.

"Our police are doing their best to maintain the peace and order in the city," he said.

Leonardia said the robbery incident should not be used as a basis to conclude that the business climate in Bacolod has been substantially affected.