Palace: China's presence in PH waters 'not an act of friendship' 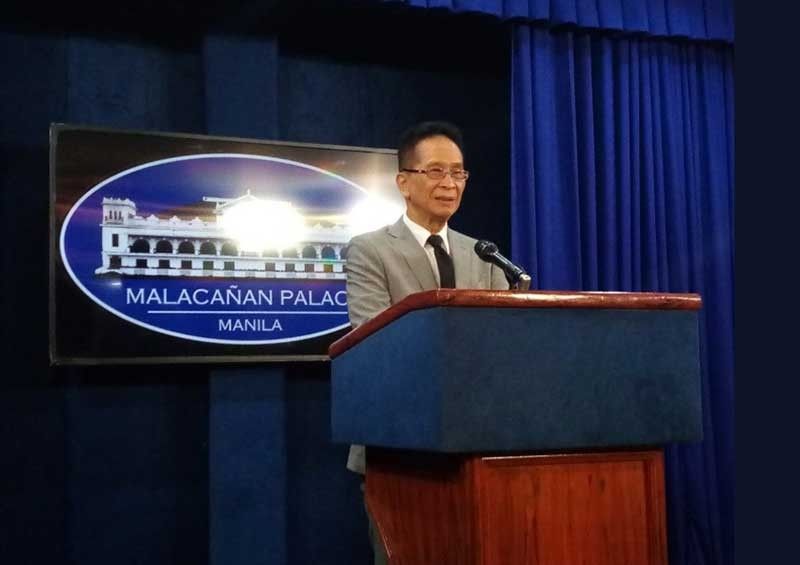 MALACAÑANG questioned Thursday, Augsut 15, the move of China to allow its five more warships to pass through Sibutu Strait in the waters of Tawi-Tawi.

In a press conference, Presidential Spokesperson Salvador Panelo said Beijing's continued presence in Philippine waters could not be considered as "an act of friendship."

He said the Duterte government, through the Department of Foreign Affairs (DFA), would not hesitate to lodge a fresh diplomatic protest, if China's presence in Sibutu Strait was not coordinated with the Philippines.

"We express concern with that kind of incident because if they keep on saying that we are friends, I don't think this is an act of friendship," the Palace official said.

Two warships were seen along the Sibutu Strait, while three others were spotted in August, AFP Western Mindanao Command Chief Cirilito Sobejana said.

Under the United Nations Convention on the Law of the Sea (Unclos), any foreign vessel may cross a coastal state's territorial waters if it is conducting innocent passage.

The latest development came after the Philippines filed a diplomatic protest against the allegedly unauthorized entry of Chinese vessels in Sibutu Strait in four instances from February to July.

China, which is considered by President Rodrigo Duterte as the Philippines's "friend," has claimed almost the entire features of the resource-rich South China Sea.

The Philippines, Brunei, Malaysia, Taiwan, and Vietnam, have overlapping territorial claims with China.

On July 12, 2016, the Philippines won its petition filed before the Permanent Court of Arbitration in The Hague, Netherlands when the international court ruled that China has invalid claims to vast waters of South China Sea.

Panelo maintained that the President was convinced that the proper time to raise the arbitral ruling with Chinese President Xi Jinping is during his visit to China later this month.

"It doesn't mean that as friends, we cannot discuss that issue. It has to be discussed. That is precisely why there is a mechanism for negotiation. There are things we can agree upon. There are differences that we may not. But this does not preclude both countries to raise that issue and discuss amicably," he said.

"Sabihin natin na (Let's say that) he will not alter his position on the matter. As he promised the Filipino people, he will raise the issue at the proper time and he said this is the proper time," Panelo added. (SunStar Philippines)