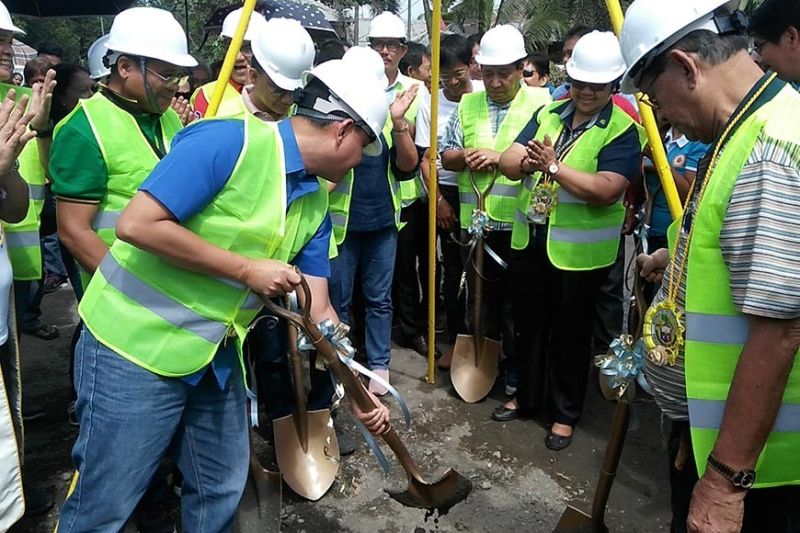 The farm-to-market road, with two bridges, has an estimated length of 14.2 kilometers and will affect 10 barangays with an estimated reach of 3,785 hectares.

The Iloilo Provincial Government said 2,782 households will benefit from the project, which is scheduled for completion in September 2020.

Eighty percent of the project is funded by the Philippine Rural Development Program (PRDP), with 10 percent counterpart from the Department of Agriculture (DA) and Iloilo Provincial Government.

PRDP is a special project of DA that is funded by World Bank.

Rene Famoso, PRDP deputy regional director, said he is happy that people residing in 10 barangays gave a portion of their property for the road expansion.

He said the road project will benefit mostly farmers who bring their products, including swine, native chicken, goats, and other agricultural produce, to the town market.

Public school teachers who spend around P150 to P170 for their transportation will also benefit from the project, as they can now save more for their families, he added.

The project was the brainchild of former governor Arthur Defensor Sr. but was later implemented by his son and now Iloilo Governor Arthur Jr.

The former governor said he does not want the people to walk long anymore and cross the rivers, adding that he is looking forward to more projects to be implemented in rural barangays of Iloilo.

Defensor Sr. said he witnessed the hardship of the residents in traversing the road, citing those from Barangay Quipot have to pass the Suage River six times to reach the town proper.

"When PRDP came, I made sure to include Janiuay... Nobody can claim that they love Janiuay more than Arthur Defensor," he said.

Marilyn Adurante, a former teacher of Barangay Quipot, said the project is a realization of their dreams.

"Never in my five decades of stay in Quipot have I imagined that a day will come that our roads will be concreted. Now I can say that the dawn is already at hand," she said.

Adurante narrated that they have to travel 16 kilometers from Quipot to the town proper. Transportation is a struggle especially during rainy season that they opt to cross the mountain to avoid the flood.

"In my 30 years in public service, seldom have we experienced a decent transportation. It is very difficult. Sometimes we have to walk from Quipot to Tambal due to lack of vehicle," she said.