Bzzzzz: One of 8 officials tagged as PhilHealth 'mafia' is from this region 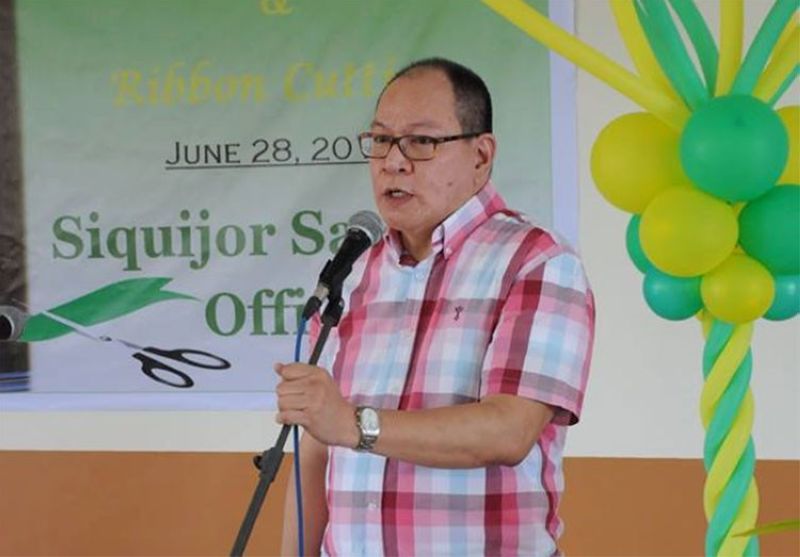 THE eight top officials of PhilHealth who were named at the Senate hearing Thursday (August 15) were seated right there before the committee headed by Senators Richard Gordon and Bong Go.

Senator Ping Lacson finally persuaded the whistleblower, a former PhilHealth president, to name and identify the eight, members of the so-called "Mindanao group" although not all of the "Mafiosi" hailed from Mindanao. He promised immunity for him. Still he feared for his life, saying "I might be shot when I step out."

The "mafia" allegedly colluded with and helped hospitals and doctors in defrauding PhilHealth of false claims amounting to millions of pesos.

The regional vice president for Central Visayas, one William Chavez, was the alleged "Mafia" member from this region. To many people in Cebu City, the name is not familiar.

Because of the "perks" from the position, Chavez and other regional vice presidents allegedly ignored orders from the central headquarters for rotation and latched on to their positions.

Naming and identifying the suspects is only the first part. Prosecuting the suspects, given the cracks on the justice system, is tougher. Plus the plugging of holes through which millions in PhilHealth cash flowed; that would be even more difficult.

* SENATE CHIEF TITO SOTTO COMPLAINING ON 'LENGTHY' LBTQI. "How did the initials LGBTQI come about? Why, the lengthy letters? Why not just "homo sapiens"? Thus asked Senate President Vicente Sotto III, whose grandfather from Cebu authored the Sotto Law, the rule of confidentiality that protects print journalists.

The topic raged in the Senate following the detention of a transgender woman for using a female restroom at a Quezon City mall. And Senator Risa Hontiveros, whom Tito Sotto asked, had just delivered a speech on her bill about Sexual Orientation and Gender Identity and Expression.

LGBTI covers lesbians, gays, bisexual,transgender, queer and intersex. That's long already by Sotto's estimate and it will be longer. Hontiveros said, the initials have morphed into LGBTQIA+, with "A" referring to "asexual" or "allies," straight people who support the cause of LGBTQI's.

As to Sotto's suggested "homo sapiens" to include everyone, Hontiveros said that if there were no discrimination and there were equality among all, regardless of identity or expression, there would be no need for identifying "the many colors, many shades" of human sexuality.

* THE MANDAUE COCKPIT OWNER STILL NOT IDENTIFIED. Even the manager, who ran D & C Coliseum -- whose more than 300 bettors were charged, detained and freed after five days -- was also unnamed.

Skeptics of the Edgar Labella-Mike Rama alliance are talking about recent eruptions from the former mayor, now vice mayor.

Both were made in public: One was his privilege speech at the City Council, on the alleged lack of help extended by the city to owners of demolished structures at UP Lahug. The other, dyCM's Eris S. Manait said, was at private dinner party where Mike spoke allegedly about the many jobseekers he endorsed who were not getting attention from the mayor. While the gripes were not specifically directed at Labella, everyone who heard thought Mike was slamming the mayor.

The rift was predicted as early as Day 1 of their term. It's only a matter of time, one City Hall watcher says, when the explosions start.