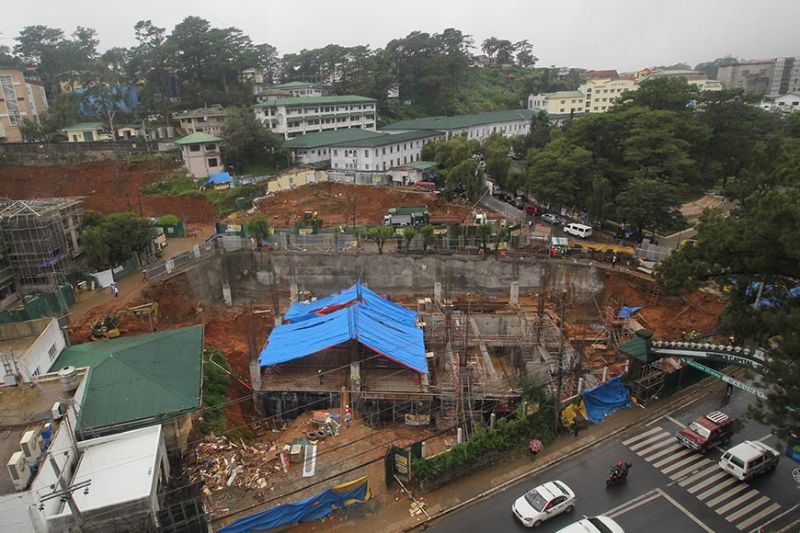 BAGUIO. The ongoing construction and the relentless rains brought about by the southwest monsoon allegedly affected the stability of the arc near the Baguio General Hospital rotunda. The road was closed Wednesday, August 14, 2019, to pave way for remedial measures. (Jean Nicole Cortes)

GRIDLOCK was experienced Wednesday morning, August 14, at the Baguio General Hospital (BGH) area as a portion of the road was closed.

Both lanes of Kennon Road leading to the arc at the BGH circle were closed to traffic after cracks were found and movement on the foundations spotted.

Baguio City Mayor Benjamin Magalong said after the inspection with Bonifacio Dela Peña, an engineer and city administrator, fears of collapse of the arc were pacified.

Magalong said the continuous rains and the ongoing construction in the area affected the stability of the arc.

"May ongoing construction sa BGH and ang methodology na ginawa nila does not apply to inclement weather so nagkaroon ng cracks, but it can be fixed, nilalagyan ng frames for support," the city chief executive said.

Magalong said the road will be open to traffic once all repairs are set into place.