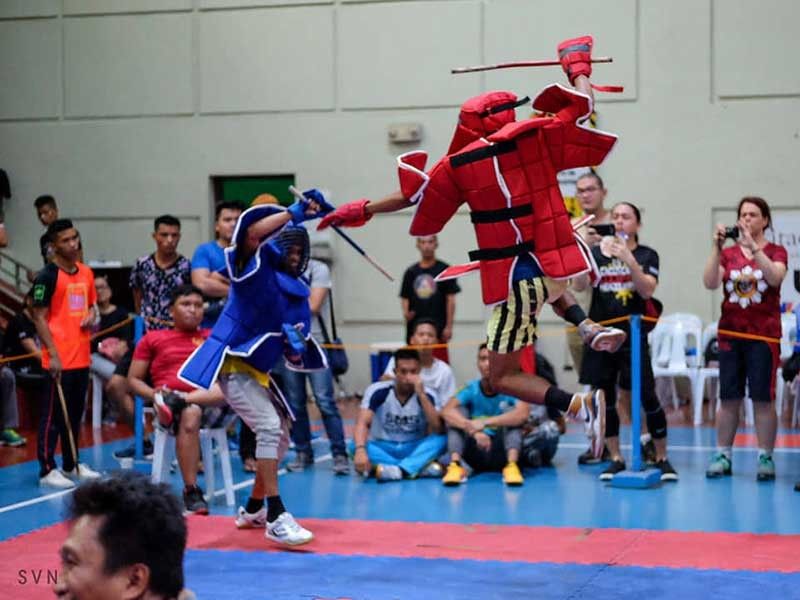 PLAYING in a tournament held in honor of their mentor, members of the Cacoy Cañete Doce Pares Headquarters (CCDCPHQ) made sure their late master would be proud as they dominated the Cacoy Cañete World Invitational at the City Sports Club last Aug. 8 -11, 2019.

The tournament was part of the week-long Supreme Cacoy Cañete Centennial Birthday Commemoration organized by his grandson Grandmaster Chuck Cañete.

In the tournament, members of CCPDHQ won nine gold medals in the single stick category and eight in the double stick. They also had seven in team sparring and two in kulata for a haul of 28-14-4.

Lapu-Lapu City got 13 gold medals-six in team sparring, three in single stick and one each in double stick, kulata and team kata to take second place. The team also won 23 silvers and 15 bronze medals.

The kulata challenge proved to be a crowd-favorite as it featured fighters wearing only a helmet, arm and hand protection, while using a 28-inch padded stick. They figure in close quarter fight, a favorite of the late SGM Cacoy Cañete.

Of the foreign teams, the Darwin and US teams had the best showing with seven gold medals each.

Aside from the tournament, Cañete also organized a five-day bootcamp that brought the arnisadors to Mactan Island.

“The event drew positive feedback from the participants and most of them expressed their interest in attending next year’s boot camp and the next World Invitationals in 2021,” said Cañete. (ML)