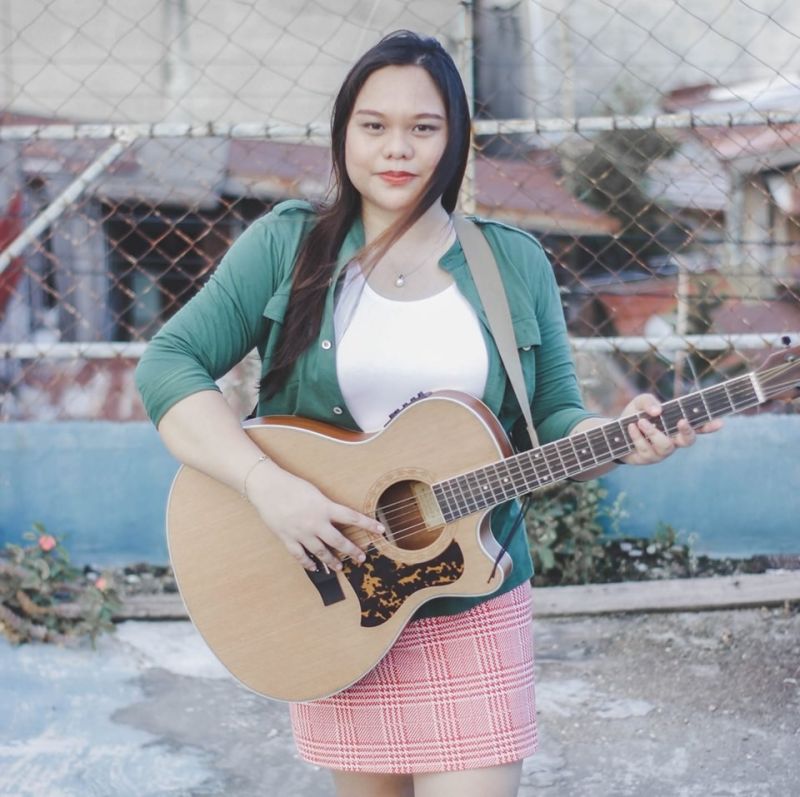 THE local music scene growing in its current pace is one thing. It’s another thing for these local singers and songwriters to be also recognized nationwide. This year’s Himig Handog 2019 Top 12 songs were already revealed to the public. A few days after that, the interpreters or the singers tasked to sing the song were also revealed.

One of the 12 entries was that of Eamarie Gilayo, a songwriter from Davao City who is also one of the people behind the PhilPop 2018 song Away Wa’y Buwagay.

SunStar Davao got the chance to talk with Eamarie who shared her thoughts and her inspiration on coming up with this soulful, nostalgic Ikaw at Linggo:

1. We can note the “classic” and yet a little playful tune of Ikaw at Linggo. Very unlike the pop songs that this generation is used to. Can you tell us where you got the inspiration? What was your journey like writing this song?

The inspiration for Ikaw at Linggo’s sound came from the idea of a Sunday in itself - relaxed, pretty, reminiscent of the songs we usually hear on the radio. I wanted the song’s concept to marry with the music, hence the sound. Kind of personal, considering that my main artist influences are not really from my generation - Etta James, Ella Fitzgerald, Billie Holiday, Nat King Cole; artists whose songs my late grandpa would sing and play for me using the ukulele when I was young. Writing the melody came out quite naturally and wasn’t really difficult to create. It was very me.

2. As a songwriter, how do you put the element of “newness” to your songs? Because when listeners listen to your other songs, Ikaw at Linggo would really stand out because of its uniqueness.

I’m not really sure if it’s always in my intentions to incorporate newness in every song that I write. Maybe not at all, because I tend to sometimes deviate from the sound of the “now”. It’s not usually a conscious choice, because I do agree that if you want a song to attract the young listeners, you must try to put in something they’d fancy, something familiar. But if we talk about uniqueness, we must try to be as authentic as possible. No songwriter is the same, and I capitalize on that fact to sound different. I look at my songs as a huge salad bowl with my writing style (wordy, metaphor-heavy), old soul musical influences (melody, style) and mood (progression) fused together. The distinct character that it brings along with it makes the song unique.

3. How does it feel like to interpret your own song for Himig Handog, side by side by other great singers interpreting other entries?

Honestly, it’s all still a blur to me. I’m usually a behind-the-scenes kind of artist, so this is really all new to me. But I am just grateful because of the trust Himig Handog has given me, an independent, relatively unknown artist from Mindanao. I’m also overwhelmed with all the support I’m getting from friends, family, even strangers. Hearing myself sing the song that I, myself wrote felt honest and real. Same feeling when I was writing Ikaw at Linggo months ago. It makes me believe that I made the right decision. And I actually did.

4. How are you preparing for the finals and the awarding of Himing Handog 2019?

At this point, nothing really major yet. I’m just doing the best I can on all the required stuff, shooting the MV, promoting the song, and maybe getting voice lessons. I’m also preparing for performances mentally.

5. Growing up, what “old songs” do you listen to? What are your favorites and why? How important is it for a song writer like yourself to be exposed to these kinds of music?

I was heavily influenced by the sound of nostalgia - songs and artists from the 50s, 60s soul, and 90s RnB/HipHop. There’s a lot that I consider my favorites, but on top of my head, I love Etta James’ “At Last”, Ella Fitzgerald’s “Dream a Little Dream of Me”, H-Town’s “Knockin Da Boots”, Erykah Badu’s “Apple Tree” and Corinne Bailey-Rae songs. I haven’t quite figured out yet why, but there’s just something about these types of songs that draw me into listening over and over again. Maybe I can associate with the way they write, or the rhythm. It’s hard to say. But listening to certain types of music is important in songwriting because we have what we call “pegs”. We get ideas from them on how we would like our songs to sound like, take inspiration from what’s already there to create something entirely new.