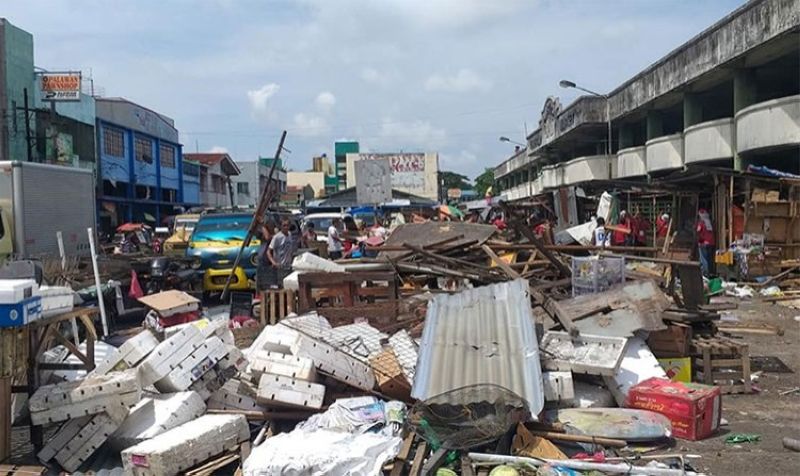 ABOUT 50 percent of the market vendors at Amelia Street in Libertad Public Market in Bacolod were demolished by the City Legal Office (CLO) enforcement team yesterday.

He said the affected vendors will be transferred at the ground floor of Libertad Annex Building.

“We listed a total of 235 affected vendors, but based on the record of their association it increased to 380 vendors. We are now validating their lists if all of them will be qualified to avail the space inside the Annex Building,” he added.

Pineda noted that they are prioritizing the residents from Bacolod to occupy the space inside the Annex Building and all of them will be given one-meter-by-one meter inside the market.

Last week, hundreds of vendors from Burgos Public Market and Ballesteros Street in Central Public Market also voluntarily removed their illegal structures and they were transferred inside the public market.

The demolition of illegal structures is in pursuant to Memorandum Circular No. 2019-121 dated July 29, 2019 of the Department of the Interior and Local Government (DILG) directing the local government officials, from the mayors down to barangay captains, to implement the clearing of roads.

Before the demolition, the city government also held a dialogue with the affected vendors to air their concerns.

Pineda said the affected vendors were also required to submit requirements such as identification card and voter’s registration to avail the space inside the public markets.

“We raffled their numbers to ensure that there will be no favoritism in the distribution of space or their areas inside the public market,” he said.

He added the demolition team will continue the operation today along Mercedes Street in Libertad Public Market until Saturday.