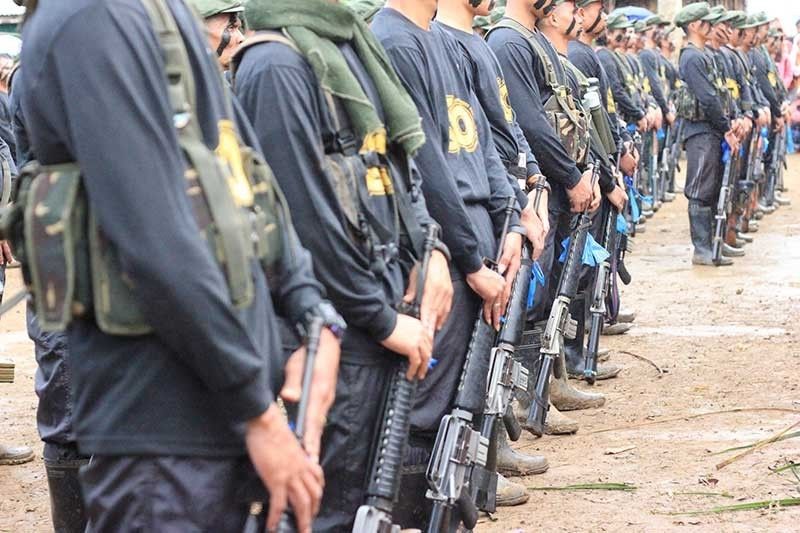 THE Armed Forces of the Philippines (AFP) awarded on Friday, August 16, cash rewards amounting to over P14 million to five civilian informants who provided the military with vital information that led to the neutralization of communist terrorists holding key positions.

AFP Chief of Staff Benjamin Madrigal Jr. personally handed over the cash rewards to the tipsters, whose identities were concealed for security purposes, in a simple ceremony held in Camp Aguinaldo in Quezon City.

Among the communist rebels who were killed in joint police-military operations was Victorio Tesorio who had a P5-million bounty on his head.

He was wanted for the crimes of multiple murder and frustrated murder among others, and was listed number 12 in the Joint Order Number 14-2012 of the Department of National Defense and Department of the Interior and Local Government (DND-DILG).

Another high value target is Promencio Abaya Cortez who had a bounty of P4.8 million. He was arrested in 2017 for crimes of multiple murder, double frustrated murder, rebellion, and attempted murder. He was listed number 26 in the DND-DILG joint order.

Abaya Cortez was also allegedly involved in the burning of two dump trucks of Philex Mining Corporation in Itogon, Benguet on February 9, 2017.

An informant received P2.2 million for information he provided which resulted in the killing of Deomedes Apinado in April 2017 during a joint AFP-PNP operation.

Apinado had an arrest warrant for four counts of murder. He was number 73 in the government most-wanted list of communist rebels.

Another communist leader who was arrested was Mauricio Sagun, with a P1.7-million bounty, and Jaime Soledad, with a P550,000 reward on his head.

"While the AFP sustains its focused military operations against CNTs and other local terrorist groups, it calls for the continuous cooperation of the people as peace, security and the fight against terrorism is a shared responsibility of every Filipino," said Madrigal. (SunStar Philippines)