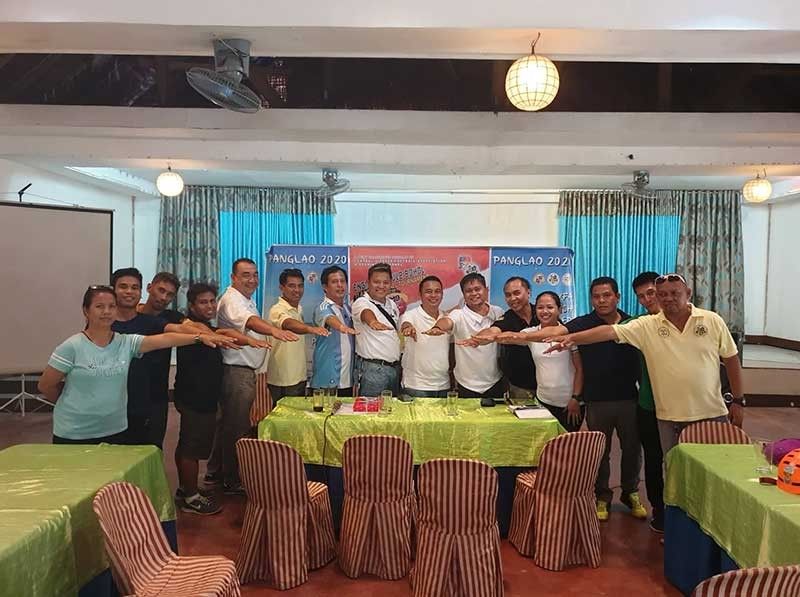 MOVING FORWARD. Rodney Orale (seventh from right) and other members of the Central Visayas Football Association meet with football stakeholders in Bohol to discuss their plans and program for the province. (Contributed photo)

THE Central Visayas Football Association (CVFA) is expanding its presence to Bohol and is hitting two birds in one go.

Aside from helping unify the different factions in Bohol, the CVFA is also starting to build partnerships for a series of beach soccer tournaments that could boost the sport in the region.

Bohol football has two football factions with each organizing its own tournaments and excluding members of the other from joining.

“We told them that under the CVFA, there should be no more factions because it will be the kids that will suffer,” said CVFA president Rodney Orale.

Orale also pointed out that having their tournaments sanctioned under the CVFA will also help them since the association can mete out penalties should any untoward incident happen.

“We used the example of the Ateneo-Alcoy incident, where the players and coaches were suspended and even some of the parents were not allowed to watch the games,” Orale said.

Orale said the coaches they met in Bohol were receptive to the idea, and they also agreed to come up with a football calendar so their tournaments will not overlap.

They were also set to meet with Bohol Gov. Arthur Yap to discuss beach soccer in the province.

“We also met with a resort owner who is willing to be a partner for beach soccer,” he said.

Partosa, who heads the committee for beach soccer in the CVFA, is planning to have a series of tournaments in Bohol and Cebu with the champions and runners-up facing each other in a final event to be held in Panglao.

“We are planning to send him here every weekend so he can start educating the referees,” said Orale, who added they plan to have a satellite office of the CVFA in Bohol.

CVFA’s initial tournament in Bohol will be the Engineer’s Cup of Ferraren that will help prepare the local teams for their Division Meet.

“It’s only for the Under 12 since this is for the Division Meet. Engineer Nilo decided to not charge any registration fee so a lot of teams can join,” said Orale.

Orale said he will send two referees from Cebu to help in the event. (ML)