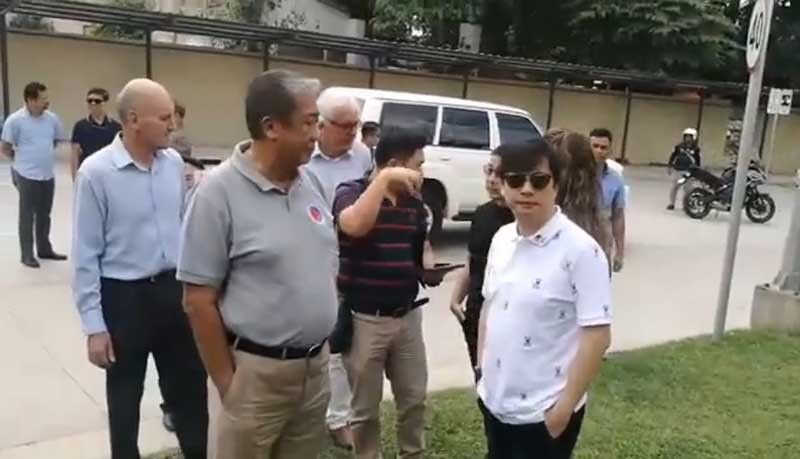 MORE than seven months after Udenna Infrastructure Corporation was granted original proponent status for its proposed Cebu Rail Project, the Department of Transportation (DOTr) has yet to endorse the project to the National Economic and Development Authority (Neda) for technical review.

"I learned that DOTr is expected to submit it to Neda this month. The project will also be for CDC and RDC endorsements," he said in a text message.

Asked on whether the project has been submitted to either the CDC or RDC, Jamonir said they have "discussed with the mayor already".

The project was not among the government's flagship infrastructure projects discussed by DOTr officials in a press briefing at the Malacañan Palace on Wednesday, August 14.

Asked about the Cebu projects after the briefing, Transportation Assistant Secretary Eymard Eje said there was no update because they were still waiting for an RDC endorsement.

A source at the RDC, however, said the project has not been forwarded to their office yet.

The proposed Cebu Rail Project, which is estimated to cost P80 billion, is one of the components of the Metro Cebu Integrated and Intermodal Transport System (MCIITS).

The P16-billion Cebu BRT project, which has been delayed for more than four years, is also part of this proposed mass transport system.

Transportation Secretary Arthur Tugade, who inspected the proposed project sites on July 6, 2019, said he wanted project implementation to "move fast" and provide Cebuanos with a combination of railways, BRT and cable cars by the end of 2021 at the latest.

The project will use the monorail technology, which costs half of the estimated cost of an LRT system.

The project still has to undergo review by the Neda Investment Coordination Committee (ICC) before it could be endorsed to the Neda Board for approval.

Jamonir had said that if the project is awarded to them, they hoped to begin construction of the infrastructure component by 2020 and complete the project in three to four years.

Both lines will converge at an interchange that will be established in Cebu City. Jamonir earlier said they want to construct the two lines simultaneously.

Meanwhile, the Cebu BRT Project is up for World Bank review in December 2019.

A World Bank document dated June 10, 2019 noted that the Cebu BRT Project is "more advanced" in project implementation than the Cebu Rail Project because it is already funded.

The World Bank rated project implementation as of June as "moderately satisfactory" as it noted that a technical support consultant, Egis International, has already been hired.

The delay in project implementation was partly caused by DOTr's failure to award the contract for a technical support consultant. The consultant was hired only in September 2018.

The University of San Carlos Center for Social Research and Education was hired as social management consultant several months earlier, in January 2018.

The Cebu BRT project, a pet project of former Cebu City mayor Tomas Osmeña, was sidelined after Presidential Assistant for the Visayas Michael Dino pushed for an LRT system instead.

The BRT system is proposed to cover 23 kilometers between Bulacao in the south and Talamban in the north, with link to the South Road Properties.

The project involves the construction of transit ways, stations, terminals, depot and other facilities.

The system is targeted to transport 330,000 passengers daily. (With Ruth Abbey Gita in Malacañang)