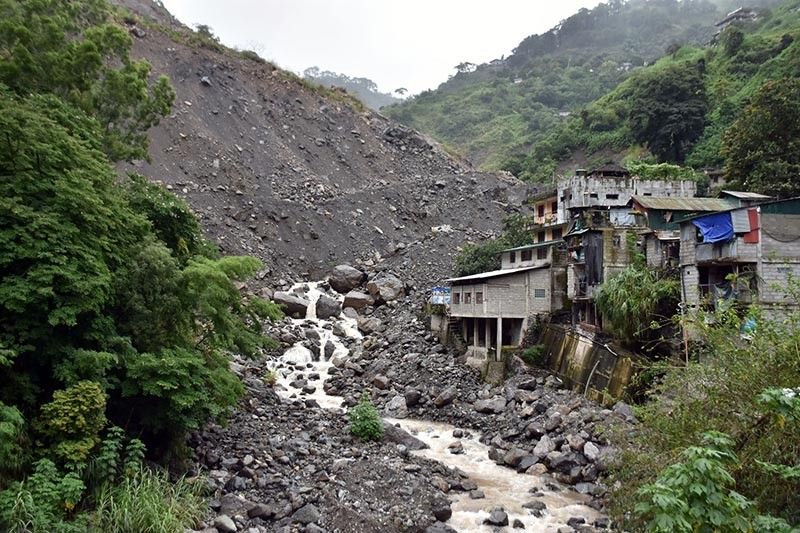 BAGUIO. Several houses along Camp 7 in Kennon Road, Baguio City are still in danger of being affected by a flashflood or soil erosion from the portion of the mountain considered as a landslide-prone area. (Redjie Melvic Cawis)

LANDSLIDES in several areas in Benguet have affected the transportation of vegetables to different trading centers in the province.

He said personnel from the Municipal Disaster Risk Reduction and Management Council (MDRRMC) and the Department of Public Works and Highways (DPWH) are closely monitoring the area, with two backhoes conducting clearing operations.

Fermin appealed to the public for their understanding as they are securing the safety of stakeholders traversing the national road.

He said with the heavy rains and destroyed roads, transportation and delivery of goods pose a challenge.

"Farmers manually transfer their produce in one elf on the other side of the road with men on standby to carry the vegetables," he said.

The nearby provinces of Mountain Province, Ifugao, Nueva Vizcaya, Pangasinan and La Union trade vegetables in both BAPTC and La Trinidad trading post.