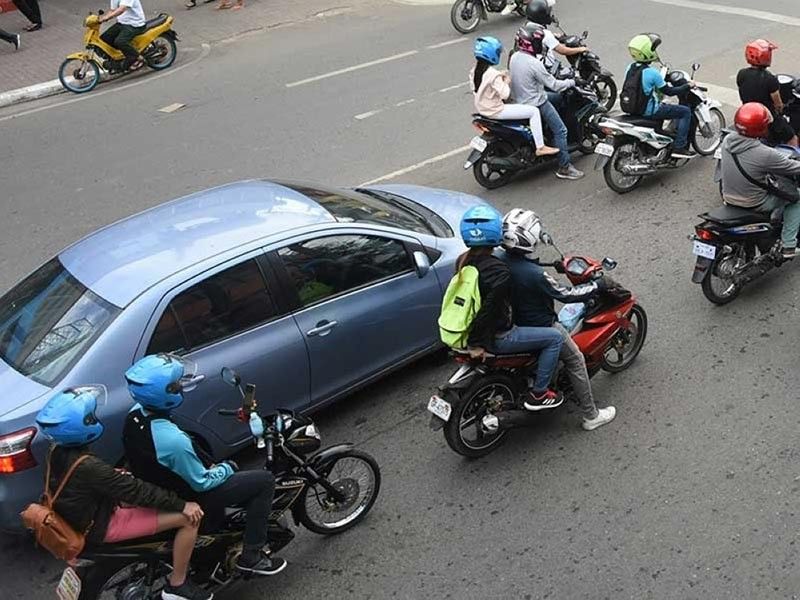 GOVERNMENT agencies are recognizing the safety goals of the proposed mandatory wearing of reflectorized vests on Davao City roads.

City Councilor Jesus Joseph Zozobrado, on Tuesday, August 13, filed on first reading an ordinance requiring all motorcycle riders to wear reflectorized vests when traveling especially at night time. Zozobrado passed his proposal to the city council committee on transportation for deliberation and study.

He said reflectorized vests will help motorcycle drivers as this will allow the other motorists to see them at night. This way, he said it will lessen motorcycle accidents, which according to the World Health Organization (WHO) is one of the leading road accidents.

Land Transportation Office (LTO)-Davao assistant director Neil Cañedo said they are willing to participate in the crafting and deliberation of the ordinance as it would be beneficial to the riders.

He said wearing of vest is excluded in the Land Transportation Order Administrative Order No. AHS-2008-013, which includes the requirements of motorcycles to be registered, use of license plates, and the rule of one back-rider.

“The way I see it, if magpatabang sila’g implement ana, wala may problema (we have no problem in assisting the city in the implementation once it is passed). Mayor Sara (Duterte-Carpio) will need to write a letter to the LTO to help with the implementation,” Cañedo said in a phone interview.

He said LTO continues to impose advocacy programs and education drives to inform motorcycle drivers on safety driving. He said motorcycle riders should continue following the speed limit and avoiding insertion in between slow-moving vehicles especially during stoplights.

“Dili mana parehas sa helmet (nga) ipasuot kay ini’g madisgrasya siya, maproteksyunan iyang ulo. Kini, wala pa mahitabo, ug makalikay na ta sa disgrasya kay ma-aware ang driver nga naa’y object or tao sa iya unahan, ug naa tao sa iyang unahan (Unlike wearing a helmet, which will be useful in case an accident will happen because it will protect the head of the driver, wearing these vest would serve as a warning signal that there is a motorist in front and way far from him),” Abude said.

However, he said there should be a specific design of the vest for the motorists, since traffic enforcers, security personnel, and auxiliary forces are also wearing reflectorized vest during their operations.

While Prince, an information technology specialist in a printing press, said he understands the motive of the ordinance.

For people like him who uses his motorcycle when going back and forth to work, he said special considerations and specific guidelines should be included.