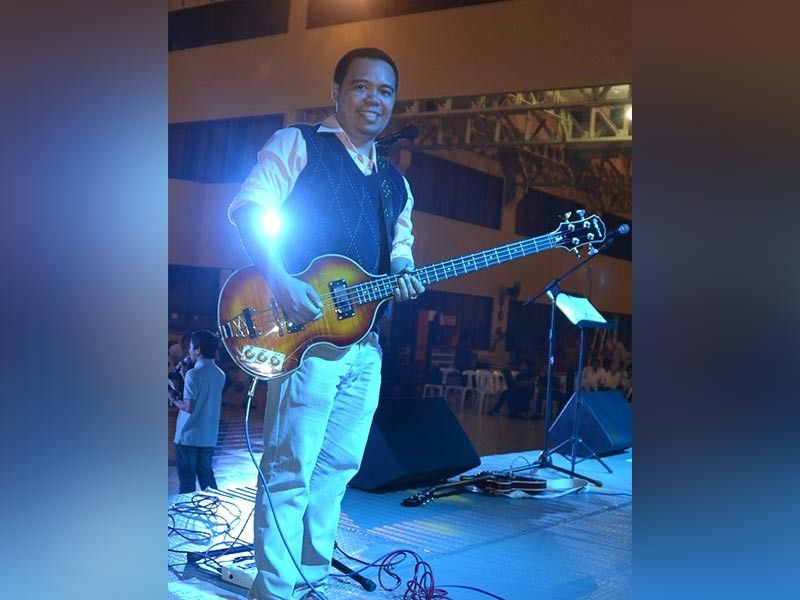 FOR agri-businessman Wardy Puyod, music has always been his ultimate passion.

“My profession is in agriculture, my full-time job is a family man, but my passion is music. I am just a regular guy with rockstar dreams,” Wardy described an unceasing love affair with his craft.

At five years old, he learned to play the piano, by 11 he learned guitars. In high school he joined a band, The Ice Cold Buko Juice, where he played bass and learned drums. During college at University of the Philippines Mindanao, he formed the band Alagad ni Oble which would later be known as Alagad.

After college, Wardy reunited with the Ice Cold Buko Juice which after dealing with copyright issues they changed the name to Lizard Chips. The band recorded original songs, producing three albums and making some music videos which were shown on MTV (courtesy of a grade school classmate working on the channel).

After many years with Lizard Chips and Alagad, Wardy decided to explore doing a solo project.

“This happened during one of my highlights as a musician, when my rock guitar rendition of UP NAMING MAHAL which was uploaded in YouTube was used by the UP Pep Squad during the UAAP Cheerdance competition in 2015. From there, the campaign team of the late Senator Miriam Defensor Santiago took notice of the song and invited me to perform that rendition live during the launching of her presidential campaign in UP Diliman,” Wardy recalls decision to go solo.

One of the important turning points was when he joined Philpop Bootcamp, an extensive songwriting workshop where he was mentored by Ryan Cayabyab, Noel Cabangon, Gary Granade, and Jungee Marcelo.

“I gained a lot of knowledge in terms of techniques in composing melodies, writing lyrics, and the ins and outs of the music industry” Wardy recounts his Philpop experience.

This August 17 at Stre3ts Bar, Wardy will be launching the fruits of his solo endeavor. The album Vintage Newbie is a five-song EP which includes songs he composed during college and in 2015, when he decided to explore solo.

“Manhid” is a song about a numb relationship that has reached an uncertain status. “Miss Kilay” talks about a long distance relationship with a twist. “Anyone” talks about accomplishing certain achievements thru one’s faith in the Creator and journeying to one’s inner self to care for others and commune with the Divine.

“Parapa” is a narcissistic song about a conceited suitor inviting his love interest to take the opportunity to be his lover. “Take Me” is about dreaming of being in a paradise in a beach with your love one only,” Wardy describes his songs.

“As of now I am just happy that I have reached this point in my journey in my passion of music of being all set to release my songs to the public, even how small time and simple this gig is. Just being able to do this and gain support from my peers already means a lot. I still have a lot of songs that have yet to be recorded, arranged and produced,”

Vintage Newbie will be launched Saturday, August 17, at STRE3TS Main Obrero, which will start at 9 p.m. You can follow the artist at www.fb.com/wardypuyod

Tanya Markova at the Weekend Bar.

Pinoy rock band Tanya Markova known for wearing make-up and costumes and adapting a unique onstage presence plus their hit songs Disney, Linda Blair, Picture Picture, and Hello Hello Hello will be performing at the Weekend Bar in Matina Aplaya this August 30. Tickets are priced at P280.