‘Happy Jail’ Fil-Am filmmaker: Netflix series explores how ‘everyone is deserving of dignity and humanity’ 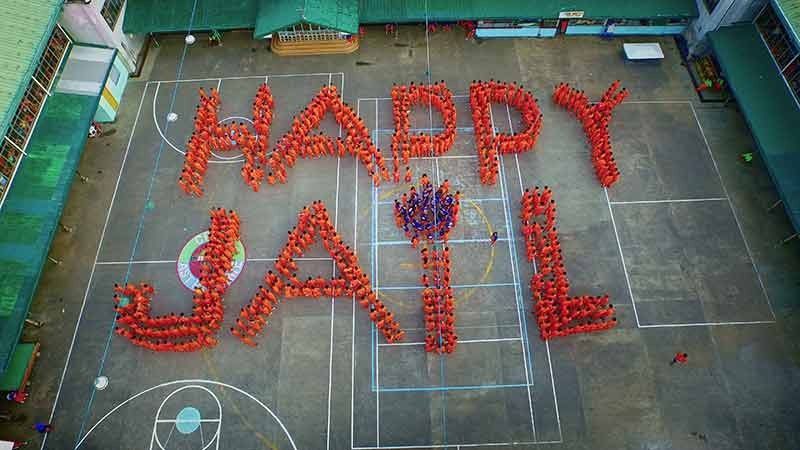 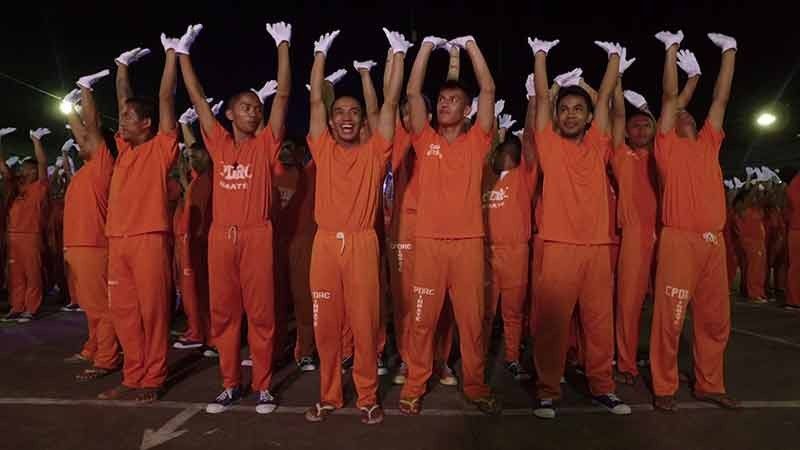 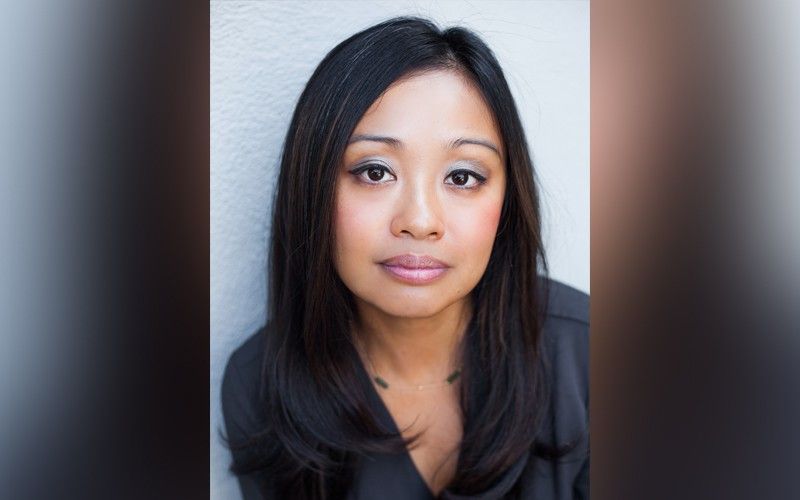 Here is a short interview on Josue’s experiences and thoughts regarding her latest work.

Luis Quibranza III: For an award-winning director like yourself, what is it about the story of “Happy Jail” that makes it stand out among the many projects you have had in the past?

Michele Josue: I believe “Happy Jail” is groundbreaking and one of the first, if not the first, Netflix documentary series set entirely in the Philippines. It is an important document of what is happening in the country in this historic time. Tonally, I don’t think there’s anything quite like it. One moment, you’re laughing, and the next, you’re cringing and maybe you want to look away. I think “Happy Jail” portrays the joys and struggles inside the jail in a very raw and human way.

LQ3: How many years did it take to develop, produce “Happy Jail” from its conception to its release? What was the work like, especially with you being based in the United States?

MJ: All in all, it took about three years from when we started shooting till when we finished editing the show. Since my team is primarily based in the US, we edited here in Los Angeles. It was a huge, ambitious endeavor, and we’re so grateful to our passionate, talented team for creating a show we can all be proud of.

LQ3: Prior to your work with “Happy Jail,” were you based in the Philippines? Your Filipino lineage traces its roots from which province?

MJ: No, I grew up in the States. My family is from Sagay City in Negros Occidental. Growing up, we would go back to the Philippines to visit family every other summer.

MJ: I think the most Filipino thing about me is my love of community and my family and friends. I would say the most American thing is my drive and passion for my work and my craft. I applied both to “Happy Jail.”

LQ3: How and when did you get the idea of producing something like “Happy Jail?” Please take us back to the very moment the project was conceived. Were you inspired by a personal experience while in the Philippines? Or were you moved by an article or online video you chanced upon?

MJ: As a Fil-Am filmmaker, I was always searching for a story that would speak to me deeply and allow me the opportunity to spend more time in the Philippines. When I saw the video of the inmates dancing to “Thriller,” I instantly felt that this could be that story. Being Filipina-American, I was excited by the chance to tell a truly Filipino story that the whole world would be able to see.

LQ3: I’m presuming you had to be in Cebu for quite some time to be able to work on “Happy Jail.” How long was your stay, and did you get to go around? Any favorite moments, food, places etc. in Cebu you would recommend to friends?

MJ: We shot “Happy Jail” over the course of three years with the bulk of our filming being four months long in 2016. We were very immersed in the project, so other than the jail, we didn’t get to see that much else. We were able to take quick trips to Bohol and Kawasan Falls. We absolutely loved filming during Sinulog. Cebu has amazing food, and we had many wonderful meals while we were there. We loved the lechon in Carcar as well as at Zubuchon, which we frequented many times. The staff at The Social in Ayala became like family to us during the months we lived in Cebu. We also enjoyed visiting the Movenpick hotel in Mactan, and were made to feel so welcome by their amazing staff. All in all, we really loved Cebu!

LQ3: I felt like “Happy Jail” primarily leans on the story arc of the former Cebu Provincial Detention and Rehabilitation Center (CPDRC) consultant. Did the premise for the documentary start off on that note or did it take life on its own along the way?

MJ: No, it definitely didn’t start off that way. But Marco (Toral) did become the driving force of so much of what was happening and was so central to the life of the jail while we were there.

LQ3: How did you get to select your sources from CPDRC? Did it surprise you that some of them were relatively fluent in expressing their thoughts and feelings in English? What were some of the other things that initially surprised you upon when visiting the jail for the first time?

MJ: We were very fortunate in meeting our subjects, who are all so compelling, articulate, and they were very open and vulnerable with us. It really helped that many of them spoke English, but we always made sure to let them know that if they wanted to share their personal stories in the language or dialect they felt more comfortable in, that they should absolutely do that.

While I was at CPDRC, I learned that many of our subjects, like the vast majority of the inmates inside, were there because of drug charges or non-violent charges. Many inmates are inside awaiting their day in court, and some have waited many years past the maximum sentence for their accused crime. That fact really shocked and saddened me.

LQ3: While making “Happy Jail,” were you closely keeping in mind how the Western audience would take it? If yes, how did this affect production, post-production? Also, besides the dancing routine, what were some of the notable differences you noticed with CPDRC as compared to a similar prison or facility in the States?

MJ: Our guiding light was solely to make the best film we possibly could and to do so in a dignified, respectful and humanistic way. We thought if we were able to do that, that our story would be something that audiences worldwide would be affected and inspired by. I’ve never been inside a prison or a jail inside the States, but to my knowledge, there aren’t similar dancing programs here. But there is a big movement for much-needed prison reform here [in the States].

LQ3: I feel like “Happy Jail” is like one of those films where the antagonist is angled as the protagonist, and one has a hard time finding a particular moral balance. Was this an intention of yours from the start or just something that blossomed along the way?

MJ: Our intention was to present an honest and authentic portrait of CPDRC. We were there as storytellers, not to place judgement. We didn’t feel that that was our place. What we captured was and is very raw and very real. In life, no one is perfect, and our series explores how everyone is deserving of dignity and humanity.

LQ3: Episode 4, “A Free Man,” was for me, the best one of the series. What were some of the challenges that you and your crew had to go through in documenting the events that transpired in that episode, which had your team traveling all the way south of Cebu?

MJ: Thanks so much! We all really agree that that is one of the strongest parts of the series. So much happens in that episode, and it’s so impactful because we’ve laid out the context of the jail and you’ve gotten to know and care about these inmates. So when Arnel Mait escaped, we all knew what was at stake. It all happened so fast, so the challenge was to remain nimble and keep up with all the action. Everything seemed to be changing from minute to minute.

LQ3: Do you have another “Cebu” documentary in the works? Where can people find your films, documentaries online?

MJ: Not right now, unfortunately. I love Cebu and would welcome any and all opportunities to return and spend time there. My first film “Matt Shepard is a Friend of Mine” is available on our website www.mattshepardisafriendofmine.com.

LQ3: Why should people from around the world watch “Happy Jail?”

MJ: “Happy Jail” offers the world a rare opportunity to peer into this famous jail, and to learn about the resilience of these inmates in the face of adversity and struggle. It gives voice to these people who almost never get to be heard. Ultimately, this is a show about the power of hope and the human spirit, and one that is important for the world to see. (ContributedPhotos)