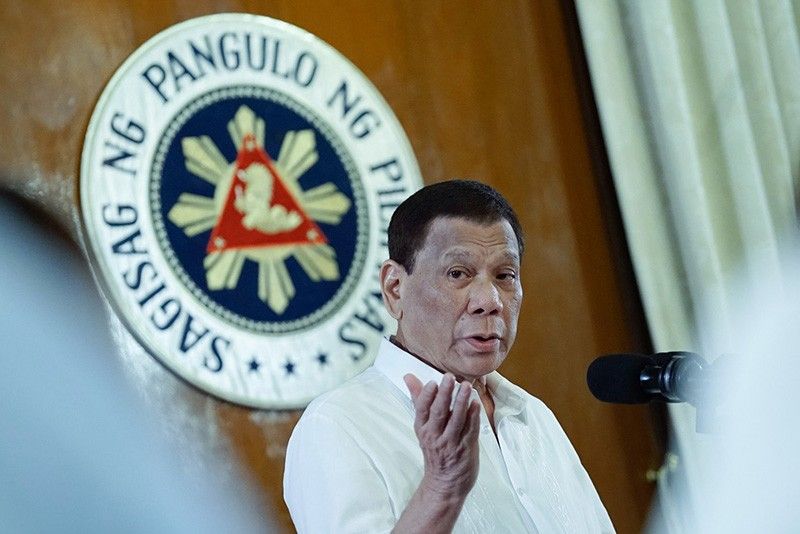 MANILA. In this file photo, President Rodrigo Duterte delivers his speech during the oath-taking ceremony of the newly elected officers of the League of Provinces of the Philippines at the Malacañan Palace on August 6, 2019. (Photo taken from Presidential Communications Facebook page)

PRESIDENT Rodrigo Duterte is “strong” and busy fulfilling his mandate as the highest official in the land, Malacañang said on Saturday, August 17, as it denied fresh rumors that the Chief Executive was hospitalized.

“Malakas pa sa akin iyon, eh (He’s stronger than me)... He is always okay. He will be the first one to tell us if he is not,” he added.

Panelo issued the statement in response to speculations that Duterte, who is in an eight-day hiatus, was sick and in the hospital.

Duterte was last seen in public on August 9 when he attended the 118th police service anniversary in Camp Crame, Quezon City.

Panelo, however, said the President, known for his tight schedule and lengthy speeches, is busy doing paperwork and attending private engagements.

This year, Duterte has been rumored to have frequent visits to hospitals every time he is out of the public eye due to his supposedly deteriorating health.

Duterte has been open to the current state of his health, as he repeatedly admits that he is suffering from various ailments.

The 74-year-old President revealed that he has been battling with chronic back pains and migraine.

He has also admitted to having Barrett’s esophagus condition, in which the esophagus changes, and Berguer’s disease, a rare disease of the arteries and veins in the arms and legs.

Duterte also hinted in September 2018 that a growth in his digestive tract may have developed into cancer, but said in October 2018 that he was tested negative for cancer. (SunStar Philippines)