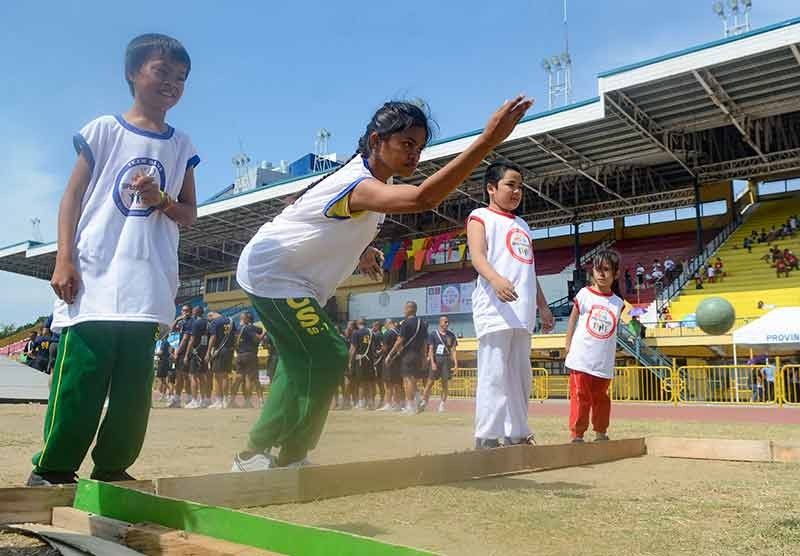 SEE YOU NEXT YEAR. Students from different Sped schools in Cebu join the one-day tournament organized by the Quota International of Metro Cebu, which promised to hold a similar event next year.(SunStar File Photo/Arni Aclao)

MORE than 100 special athletes from 13 public schools in Cebu City displayed their athletic prowess in the 2019 Sped Olympics on Saturday, Aug. 17, 2019 at the Cebu City Sports Center.

“Everything went on smoothly. The kids were very excited to perform on their designated games. We were touched by the experience, seeing the enthusiastic kids,” said QIMC president Cheryl Arnan.

Arnan said the they will hold the event again next year after the resounding success of the inaugural meet of their Sped Olympics.

“It’s not only motivating but also inspiring to see the children here. The kids really gave their all and I think they’re also eager to develop their skills and to prove that despite their disability, they can do sports,” she said.

The kids were trained by Cebu’s renowned coach John Philip Dueñas together with the Southeast Asian Games gold medalist Mary Joy Tabal. The tournament served as a culminating activity for their three-month long training.

“The race was the children’s final assessment after three months of basic training. For the athletes will potential, we are planning to elevate their training,” said Duenas.

The top three athletes in every event received a medal and a pair of shoes from the sponsor sneaker brand.

QIMC, which was founded in 2017, will host next the regional meetings in April next year.

The QIMS is under Region 19 of Quota International Inc., the world’s oldest women’s organization established in New York in 1919. (RSC)