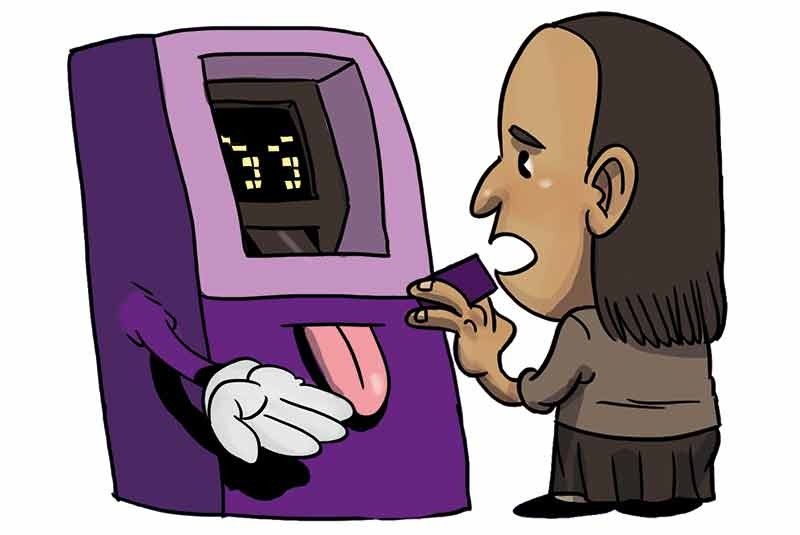 WHY are banks trying to raise fees for clients of other banks who use their automated teller machines (ATMs)?

The most immediate guess would be that banks are simply trying to find another way to take our money but that’s too easy. Is this a nudge and if so, what behavior do the banks want to change?

Readers born after the Nineties, please indulge a bit of nostalgia. Before banks added ATMs to their facilities, you had no choice but to live by their terms. If you weren’t inside before 2:45 p.m. (or before noon if you had to cash a cheque), whatever bill you needed to pay had to wait. A passbook was a badge of responsibility. Bank representatives used to visit public schools to encourage children to open kiddie savings accounts, for which they’d give you stationery, Sanrio stickers or T-shirts as rewards.

The first time anyone in a family used an ATM, it merited a conversation. My mother remembers how pleased she was to see an ATM transaction for the first time in 1985 in Hong Kong. A few years later, my uncle Ferdin, who had by then retired, sounded awestruck when he told my father that he’d finally received his first ATM card. The idea that you could deposit or withdraw funds anytime you wanted, without anyone from the bank being present, was unheard of. Even hearing the machine’s metallic voice was a surprise.

Six years ago, the central bank stopped a plan that some banks had to raise the fees they collected from clients of other banks. Universal banks (like Metrobank, BPI, BDO and Union Bank) charge cardholders of other banks P10 to P15 for a withdrawal, P1 to P2.50 for a balance inquiry, and P25 to P60 for interbank fund transfers. Some rural banks charge more, up to P35 for a withdrawal.

It’s not clear why the Bangko Sentral ng Pilipinas (BSP) decided to lift the moratorium on a fee increase now. After all, banks have not dramatically improved their ATM services. It even used to be easier to pay bills or to transfer funds from one bank to another using an ATM. There may be a clue here: Secretary Ramon Lopez said that the trade department would oppose an increase in fees but also that he expected people to use ATMs less as they grow more comfortable with online payments and digital wallets.

Could that be the case? Are banks finding it less profitable to maintain ATMs? Under the BSP’s rules, service fees for ATMs and electronic payments should be lower than the fees collected for over-the-counter transactions. Or is this the effect of having practically no competition in the network that ATM services bank on?

One thing that stands out is that while ATMs have been around for nearly three decades, they’re nowhere near being available to everyone. As of March 2019, a BSP report showed, there were 21,682 ATMs nationwide—of which less than 45 percent were off-site or away from brick-and-mortar banks.

Given an estimated 58 million ATM cardholders, there’s one machine for every 2,700 clients. The reality, though, is that most of these machines are concentrated in urban areas. Outside the big cities, finding an ATM machine—particularly an ATM machine that belongs to your mother bank—can be as challenging as finding a clean public restroom.

Mindful that people are starting to worry about an impending increase in ATM fees, the central bank issued a statement last Tuesday that reminded banks to file a formal request with the BSP if they wanted to adjust fees. “Banks,” the BSP said, “cannot increase the ATM fee on their own.”

Here’s hoping the BSP goes further and uses this opportunity to inform more consumers about the costs banks pass on to us in the name of convenience. There’s so much change in banking these days. At least one developed economy is toying with the idea of charging negative interest—in effect, paying people money to borrow money—to stimulate the economy ahead of a possible global recession. But these changes are rarely, if at all, made clear to consumers.