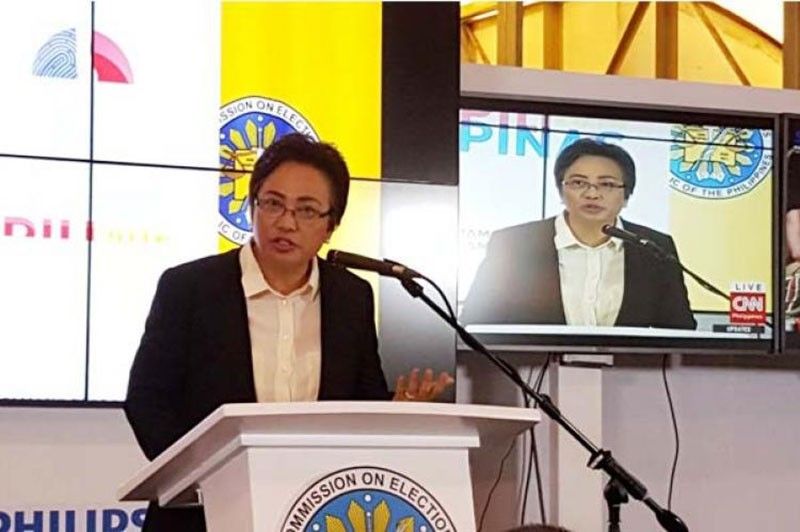 This as the Comelec First Division on August 5 ruled to cancel Duterte Youth party-list's nomination of Cardema as its first nominee and prospective representative in Congress for being overaged. He has since file a motion for reconsideration.

Guanzon on Saturday belied allegations made by Cardema saying they are only aimed at forcing her to inhibit from the party-list's cases.

In an interview, Guanzon said she has no intention of falling into the trap Cardema is laying down for her, with the end goal of forcing her to inhibit from the disqualification case lodged against him as well as the acceptance of the new set of Duterte Youth party-list nominees.

"He is baiting me to file libel against him so I have to inhibit myself," said Guanzon.

"But I won't file a libel case now because he will move to inhibit me if I do," she said.

Guanzon said having her inhibit would be vital for Cardema and Duterte Youth considering how vocal she has been against the aspiring lawmaker.

"He wants to inhibit me so he can get the votes to grant his motion for reconsideration (MR)," said Guanzon.

"I will not inhibit from the cases of Cardema. Period," she added.

As to Cardema's allegations, the poll official denied asking for the appointment of a lawyer to become a judge of a Regional Trial Court in Iloilo in exchange of agreeing to allow Cardema as Duterte Youth first nominee.

"Why? Is he the President? Can he appoint a judge?" asked the commisioner.

"Didn't I vote yes to the registration of his party-list? How come no judge related to me was appointed?" Guanzon added.

A friendly advise to @RonaldCardema he should study his case and get good lawyer. Imagine a former @COMELEC Chairman is opposing him.