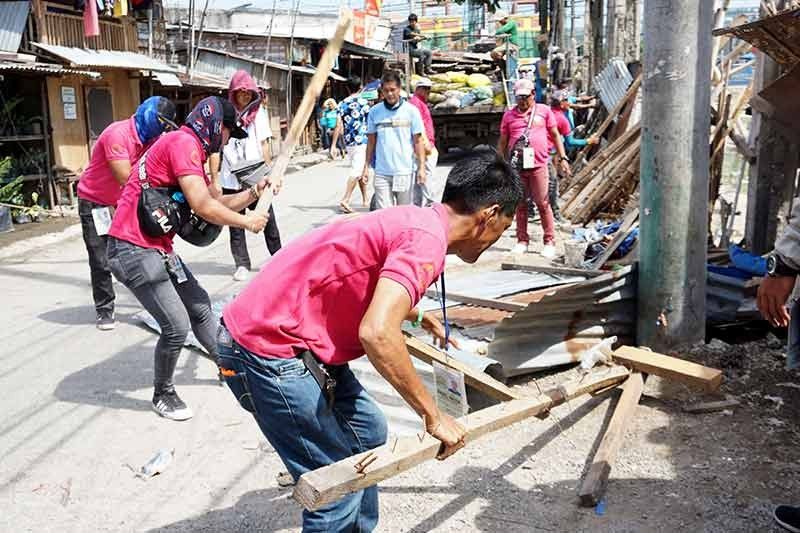 TWENTY structures were demolished and three vehicles were impounded during a clearing operation in Talisay City on Saturday morning, Aug. 17, 2019.

The activity was conducted by personnel of the City of TalisayTraffic Operations and Development Authority (CT-Toda) and its clearing division team. They started at the flyover section of Barangay Tabunok around 8 a.m.

Tumulak said the 20 structures they demolished were built on sidewalks. Some of the owners, though, volunteered to take the structures down.

Tumulak said they endorsed the names of those who refused to remove their structure to the City Legal Office.

He said they plan to send letters to commercial establishments, residential areas and others to convince them to clear the sidewalks.

During Saturday’s operation, they only removed structures made of light materials. Next week, they will target concrete structures that block sidewalks, Tumulak said.

The team also removed vehicles like motorcycles, tricycles and four-wheeled vehicles that were parked on sidewalks.

Not everyone, though, heeded the team’s call to clear the sidewalks. A motorcycle and two motorcycles with side cars ended up getting impounded.

The clearing division earlier conducted an information drive so the public would be aware of their clearing activity. (FROM FMD OF SUPERBALITA CEBU / JKV)