Y-Speak: One-on-one with the Matigsalug 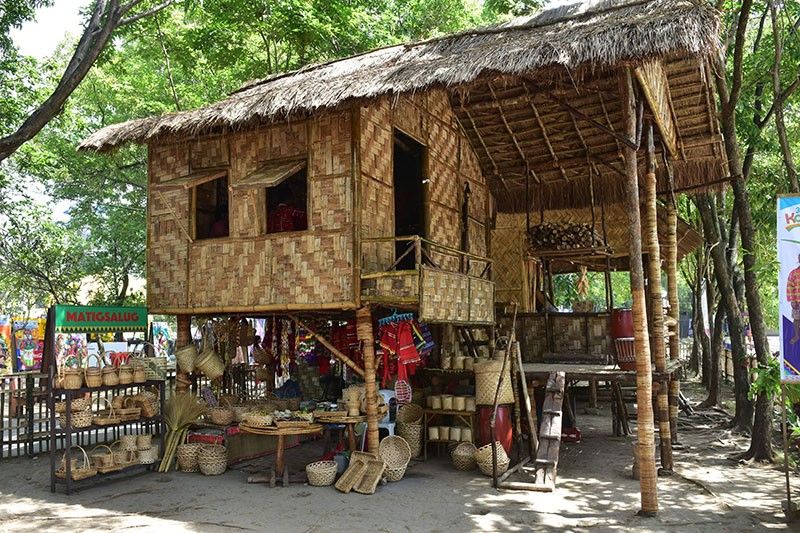 THE Kadayawan Tribal Park is a village brought to life by the myriad of cultures the 11 tribes pride themselves in. It seemed like a mirage of colors and music; filling the atmosphere with bubbles of excitement. There were native confections and mini-performances here and there. However, we went there for something more exciting – we got to know some of the tribespeople.

Among the houses, the Matigsalug tribe’s caught my eye the most. It was because of its simplicity; a few windows more than most and some musical instruments, that was about it. So, I decided to interview the person in-charge.

Lithania Benito was the first person I saw around the house. She was in-charge of the small pop-up business around their area for the Kadayawan Tribal Park. Her position was given to her through a referral from the past tribe representative. She is also a first cousin of the tribe leader deputy Carlito Benito.

After introducing herself, she told me that their tribe name is a combination of two words: “Matig” which means “from”, and “Salug” which is the name of the river near their home. What was once the Salug River is now called Davao River. The Matigsalug people primarily flourished in Marilog (3rd district) near the boundaries of Bukidnon and Davao. They are river people who fish and farm.

I asked her if their river is still clean enough to be their main source of water and she told me no. She said that other neighboring tribes came to their land and with the increase in population, the river became polluted. It saddened her since their area is very far from the main town, which means they’ll have to walk far for food and clean water at times.

The tribe’s distance from the city now is a problem for them. The well-paved roads haven’t reached their homes yet. Due to their geographical location, it took a while for the government to set up proper roads.

Through initiatives, the government has earned the tribe’s trust. Benito said they are provided with food and opportunities to work in the city. They are grateful for this. Their stall at the Kadayawan Park is one proof of opportunities given to them to showcase their products like coffee, baskets, rattan woven bags, wallets, purses, accessories, and their very own tribal wear.

The garment is a set comprised of a headdress, which is called Sangkad; earrings called Sol-oy; blouse or Binularan; skirts or Ampit, and a belt called Tangod. Each whole costume is made by hand and the resources are sourced here in the city.

Their business and livelihood are the same in their hometown – selling goods. Some are original, some, they bought from the city itself. She told me that I was lucky to have come at a time when there weren’t too many people. Otherwise, she wouldn’t have had time for me because customers are their priority. This led me to think that the tribe might not be making enough for their everyday living.

She encouraged us to go see the tribe for ourselves and acquaint ourselves with their environment by first getting a permit from the tourism office. We ended the interview with a picture together. I saw that she was accustomed to taking pictures with visitors because she was the one to offer. If everyone in their tribe is like her, I am sure their warmth would beat the cold of Marilog. (Althea Therese Amaga, Malayan Colleges Mindanao Communication student)