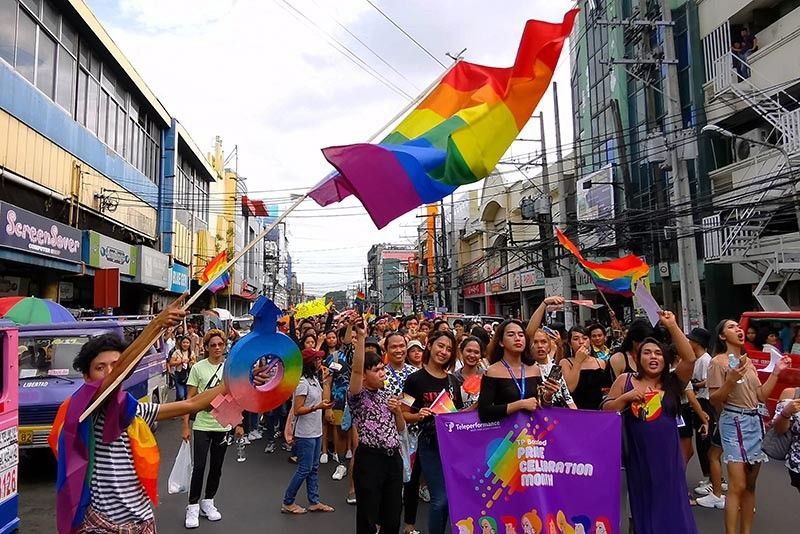 Gender 101. Promoting an open and critical public sphere of discussing and respecting LGBTQIA rights moves our society closer to a gender-inclusive one. (File photo)

A public confused over matters concerning gender should go beyond a cognitive understanding of terms, which subtly define and categorize persons as certain “types” that are perceived as different—equated with “strange” and “abnormal,” thus “threatening”—from the rest of the world that is predictably and safely male and female.

This may explain why advocates and fellow members of the LGBTQIA community clash with other members of the public in their sentiments on the Aug. 13 confrontation between transwoman Gretchen Custodio Diez and a female janitor preventing her from using the female restroom in a Cubao mall.

Following online outrage on Diez’s treatment by the establishment and calls for boycott of the mall to protest its violation of Quezon City’s “Gender-Fair City” ordinance—passed in 2014 to penalize discrimination based on sexual orientation and gender identity and expression (Sogie)—the mall worker apologized and withdrew her complaint against Diez.

Diez and the LGBTQIA community’s use of mass and digital media to advocate for and defend LGBTQIA rights is a potent tool for opening the public to an awareness of the fluidity of genders and respect for and acceptance of a person’s freedom to choose Sogie.

The Sogie Equality Bill has languished at the Congress of the Philippines. Known also as the Anti-Discrimination Bill, the proposed legislation penalizes the discrimination of people due to their sexual orientation, gender identity or expression.

This latest incident of harassment has strengthened calls for the immediate passage of the Sogie Equality Bill, which has languished for three years in the 17th Congress and has been refiled in the 18th Congress. When Diez took a video of the mall toilet employee resorting to abusive language and behavior to prevent the transwoman from using the women’s toilet, Diez was arrested and released after the janitress did not press charges.

This “sex coding of toilets” must still be examined and probed for people to realize how preconceptions and biases reflect and perpetuate the power inequality in society: how power is wielded by certain groups of people who are privileged in society against those perceived as less privileged.

In a March 27, 2012 Rappler article, Sylvia Claudio debunked the notion that sex-coded toilets “keep people safe” from harassment committed by the “sexually deviant” and “perverse” members of the LGBTQIA “intruding” in toilets marked solely for men or women.

“As a public health message, I wish to announce that the majority of sexual abusers are heterosexual men,” wrote Claudio.

So it is not the sex coding of toilets but the security measures implemented by an establishment or office that ensure there is no person of whatever gender that uses force or coercion to harass or initiate and consummate sex in public toilets.

The mentality justifying discrimination also includes acts of tokenism, such as the Quezon City mall’s participation in Gay Pride festivities to draw market traffic but absence of gender-sensitivity training for mall personnel and failure to implement Quezon City’s “Gender-Fair City” ordinance in the mall.