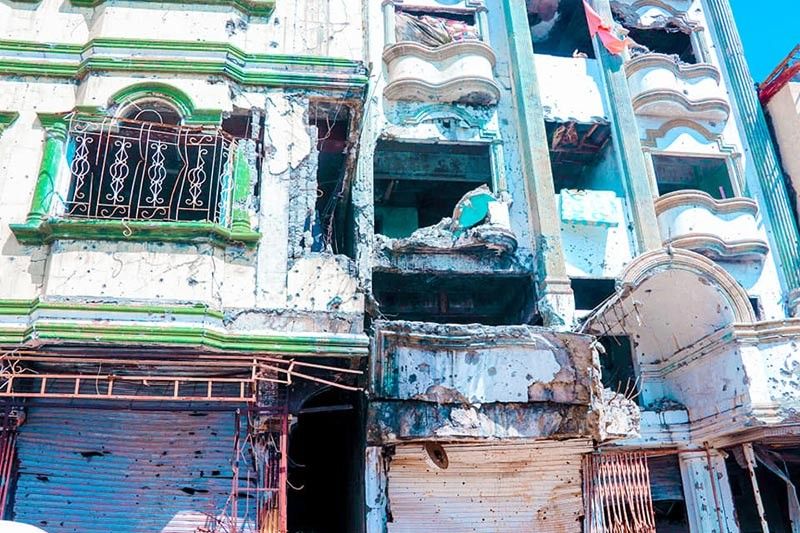 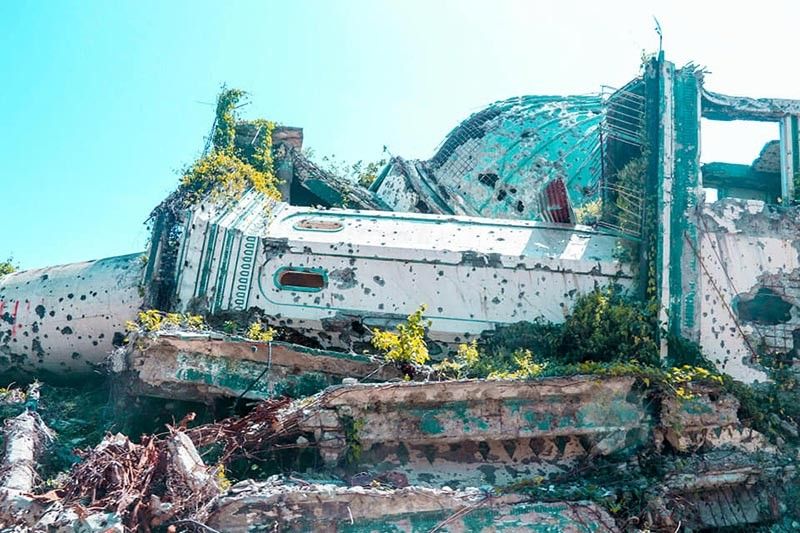 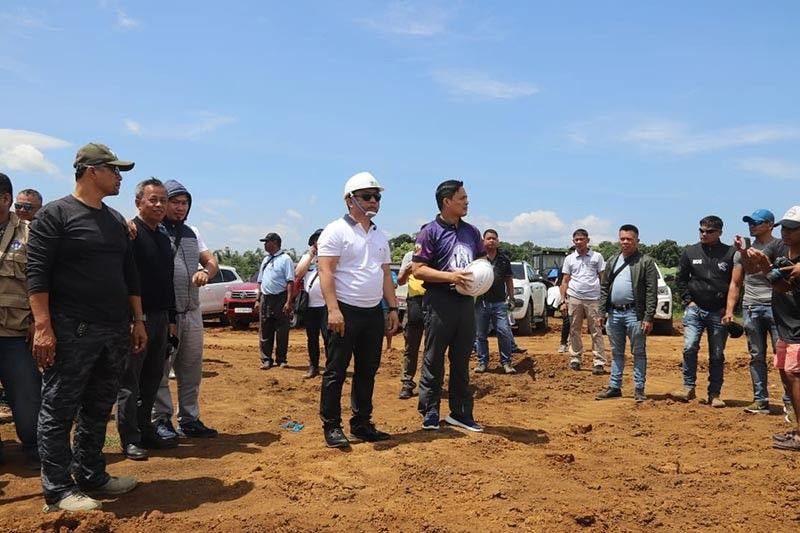 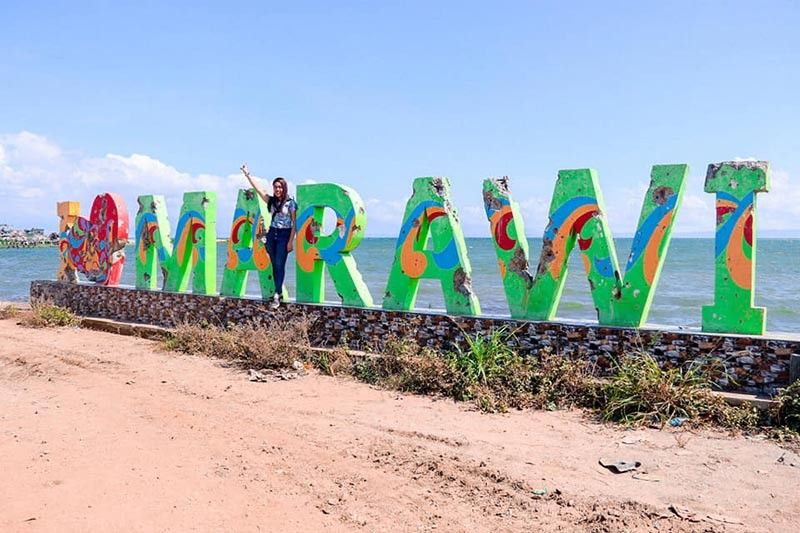 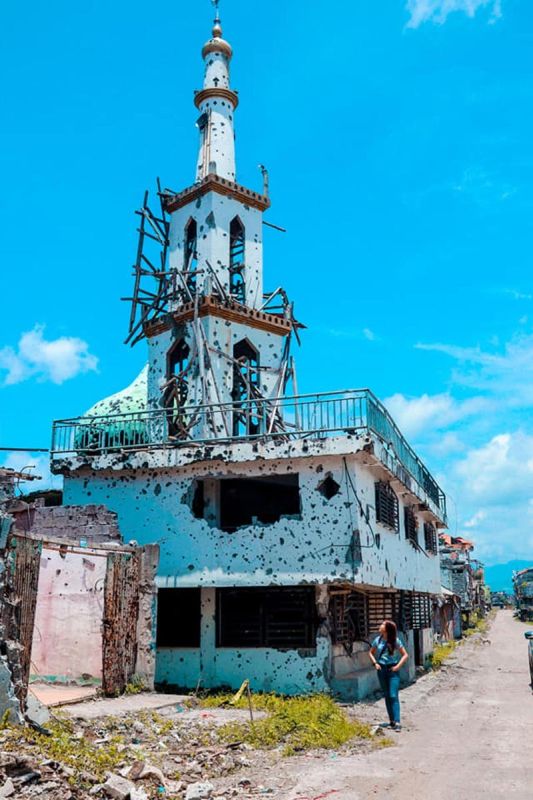 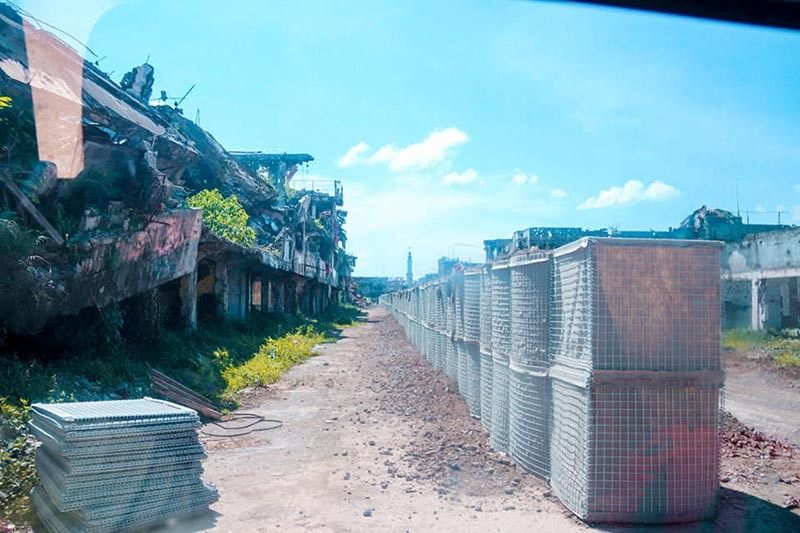 IT HAS been more than two years since the siege in Marawi City. The city is now in the process of healing after the firefight that ensued for five months.

On August 9, the National Housing Authority (NHA) and the Local Government of Marawi City opened the area to the media. Upon entering, there were strict measures in place. Soldiers were very inquisitive about our agenda in the area. But later on, they allowed the media to go inside provided with an escort.

The downtown area as an empty street with heavily-damaged buildings scarred by bullets. Visitors are greeted with an eerie atmosphere while passing through the narrow road of the city’s economic center.

It still haunts them

In an interview with one of the displaced victims on August 9, Hanna, not her real name, shared with SunStar Davao their traumatic experience during the day. Although they did not live in the ground zero this did not spare them from being forced to evacuate. She toured the media inside their home, pointing out the areas that were hit by stray bullets.

On the second floor of their home, the ground zero or the most affected area (MAA) could be seen from afar.

She recalled how the Maute terrorist group started organizing near their area. They have been going in and out of their city for quite a while and have been preparing for the seige. The Maute group was able to rent a house and recruit extremists. This group was first spotted in a village called Basak Malutlut and on May 23. There, they began to hatch their plan.

Hours after, President Rodrigo Duterte declared martial law in the whole island of Mindanao and on the next day there was already mass evacuation in the city as the conflict escalated. They were left with no choice but to listen to the authorities and only brought their clothes and other important belongings.

She it was chaotic at the same time they felt uncertainity as to what will happen to them. They stayed with their relatives in Iligan City. There, they had to endure the stress and settle for a limited space for their big family.

After the war, they returned to their damaged house and discovered that their other belongings -- like jewelry and gadgets -- have been pillaged.

It was only in August 2018 when they were able to return to their home. It was not easy for trying to get back to living a normal life. Hanna admitted that they still fear another terrorist attack may happen anytime soon.

Earlier, the NHA led by its General Manager Marcelino Escalada Jr. together with the Marawi City Mayor Majul Gandamra held a groundbreaking ceremony in Barangay Kilala, Marawi City for the first permanent housing development for the 2,000 internally displaced persons (IDPs) of the 2017 siege.

The permanent housing project will be called The Pamayandeg sa Ranaw Residence at Dansalan, which is a joint project with San Miguel Foundation. This is expected to be completed in the next two years.

The land development and acquisition of the 39-hectare land for the project were shouldered by the NHA while the construction of the houses will be funded by San Miguel. The housing project will benefit former residents of “ground zero.”

The housing project will also include a market place, livelihood center, learning centers for displaced students, commercial area, health center, and a mosque.

Based on the data from the National Mapping and Resource Information Authority (Namria), there were 6,435 structures in the area. Their record for establishments that have given consent and demolition permits is at 2,804 and 1,875 structures have been demolished, cleared of debris 1,720, with Inter-Agency Committee on Debris Clearing (IACDC) findings at 1,616.

While the new housing may be signs of a better future for those affected by the Marawi siege, the government continues to struggle in rehabilitating the area.

Based on the report of the army, there are reported 70 unexploded ordnance in the ground zero with 22 total recovered by the Armed Forces of the Philippines, six verified or have exploded while 42 are yet to be detected and recovered.

Considering the present danger, Escalada they have to becareful on their efforts to avoid any trouble.

The government is pouring in 13.1 billion for the rehabilitation of Marawi City. The budget also covers 19 development projects that include the master development plan, debris management, road network, public schools, barangay halls, police stations, public markets, the slaughterhouse, and the convention center, among others.