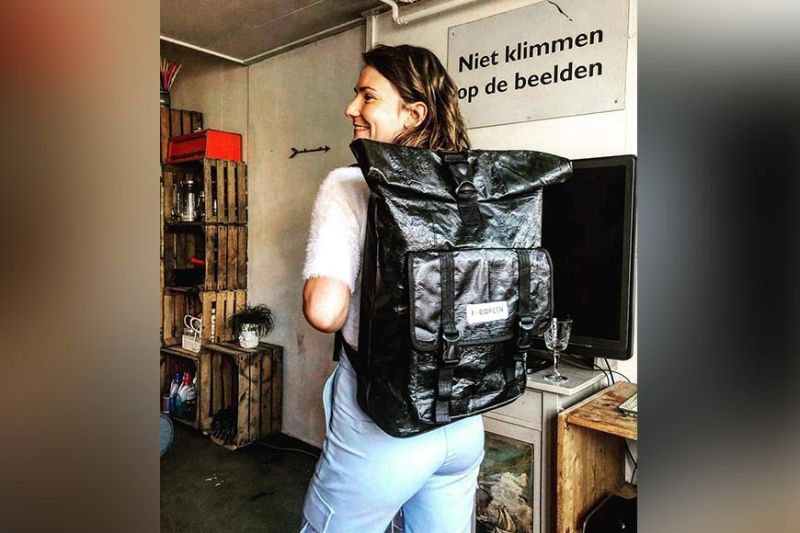 A foreign buyer wearing his backpack made from plastic materials. (Photo from Joe Green) 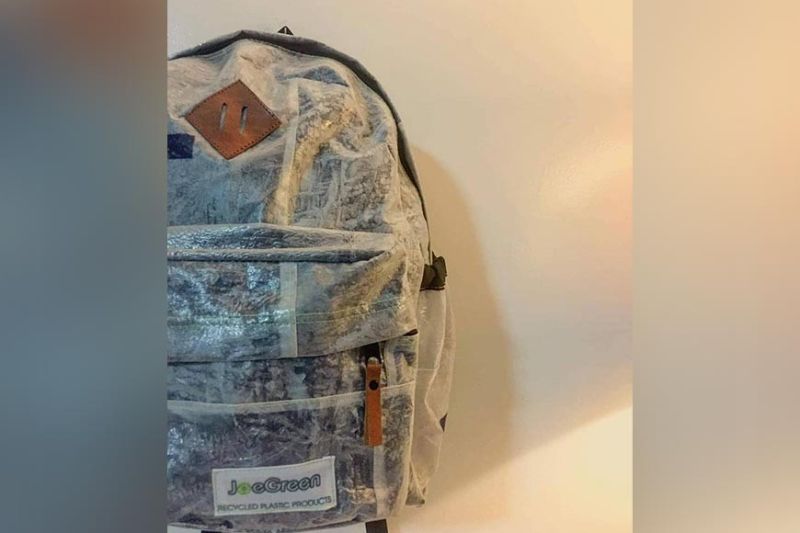 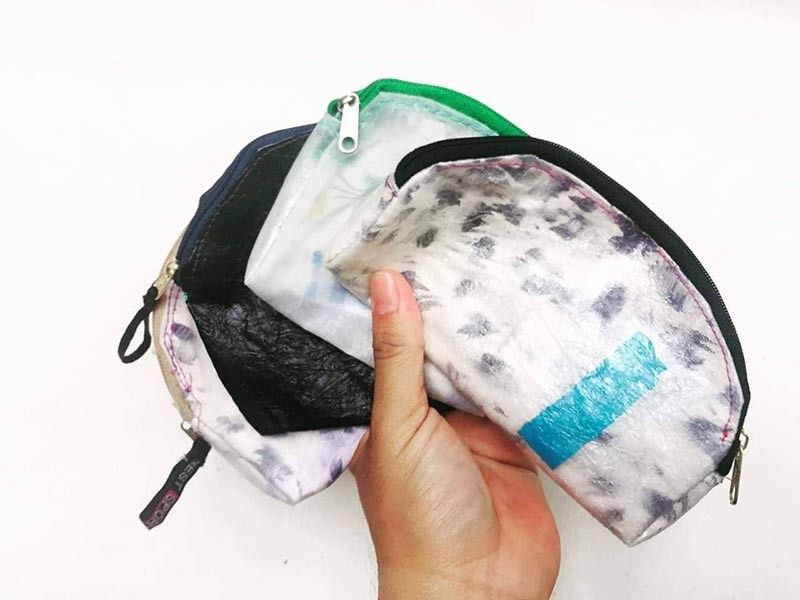 Pouches made from used plastic materials by one of the women in Brgy. 76-A. (Photo from Joe Green)

IT HAS been so depressing to hear news about sea creatures dying not of natural death but due to harmful human activities like the severe usage of single-used plastics usually ending up in our oceans. This has greatly affected our ecosystem.

In reality, a day of clean-up activity in the coastal areas of the city would not really solve plastic pollution. We needed something more sustainable. So maybe, the only way for people to stop throwing trash anywhere is to tell them that there is money in it. Who would want to throw a plastic if one knows it could be converted into something valuable and income-generating?

The dream for the country to become plastic-free pushed Joseph "Joe" Castillo, an enterprise developer and social entrepreneur, to start teaching the local communities that plastics could be an opportunity for livelihood. He started this dream way back 2009 in Camiguin Island where he first taught kids and mothers to turn trash into cash by making bags and wallets out of plastics, also an alternative livelihood from fishing. He called this life work The Joe Green Project.

"The concept was unsa ang pinaka available na material on the island and then second, natanaw nako na island mana, if dili ilabay ang basura sa landfill then sa dagat (In this concept I looked at the most available material on the island and then second, since we are on an island, garbage would make its way to the sea). So I studied what I can do with the trash there," Castillo told SunStar Davao.

In Davao City where he now spends most of his time, Castillo has been roaming around Barangay 76-A (Bucana) and other areas to teach the local communities on how to generate income by picking what seemed to be worthless garbage.

By processing plastics using the charcoal flat iron, mothers in the area were able to create small wallets or coin purses which Joe collects at the end of the day at P25 each. These additional earnings helped them provide the basic needs of the family.

"I started this project because I think I need to give more to the society and also to help parents earn for their family because I knew how it felt to not be able to do anything to provide the needs of my children," he said.

For his own designs, Castillo collects most of the plastic materials from bars around the city that produced piles of ice bags every day. This way, the materials used are still clean and it would not have to add up in the garbage collection.

This noble work, however, was challenged by marketing the products. Castillo personally designs his bags but he has to sell it abroad since he has been having a difficulty to market his products here in the country yet.

"When you look at my bags, they are unique, rustic, it is a bit rough and most foreigners like it. Unfortunately, most Filipinos don't purchase my bag because it is not branded," Castillo said.

"I have so many experiences on being turned down because my products are accordingly not good enough. It happened early on my project, so I was challenged and I find ways on how to improve it," he added.

Castillo said there is still a long way to go but small steps make a difference. He is just one of the few people whose passion and dream is to contribute in solving the prevailing issues on poverty and the environment in their own little ways.

Years from now, he sees his products becoming known all over the world. He sees more women being empowered by becoming entrepreneurs. He sees a community that values the importance of the environment while improving their lives.

"A lot of times we neglect the idea of what do you live to your children when you're gone. Money could always be found, but if he does not have the right values and characters as he grow up, he will not live to see the world as I did. I am doing this to live a legacy. What I want him [my son] to do is to go beyond and do more than I did. His generation will live in a much better place, a cleaner world," Castillo said.