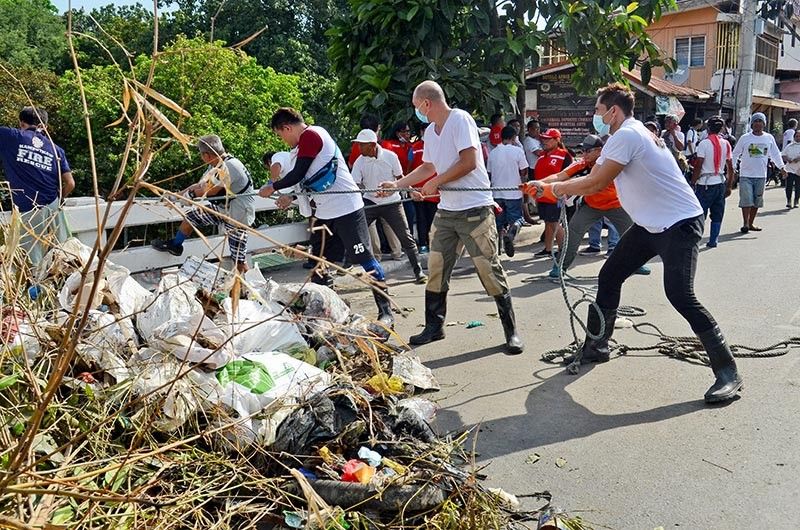 A DAY after the Cebu City Government led the cleanup on the whole stretch of the Guadalupe River, garbage was seen floating again in Barangay Pasil on Sunday, Aug. 18, 2019.

Angel Gimena, a Pasil resident whose house sits beside the river, revealed that hours after the cleanup was done on Saturday, Aug. 17, a number of people threw sacks of garbage into the river.

She said there is a need for closed-circuit television cameras to be installed in the area, as well as authorities to apprehend undisciplined residents.

Gimena said her family had never disposed of wastes into the river, adding that most of those who did so were the people living far from the river.

“If we throw our garbage in the river, we are still the ones who will be suffering,” she said in Cebuano.

Another resident, Quentina (real name withheld), said violators of Republic Act (RA) 9003 (the Ecological Solid Waste Management Act of 2000) and City Ordinances 1361 (anti-littering ordinance) and 2031 (no segregation, no collection of garbage) must be charged in court so they would not throw garbage again.

“If there is no punishment, they will continue to violate the law,” Quentina said in Cebuano.

Gimena and Quentina expressed their happiness about the cleanup last Saturday.

They thought the river would remain clean, but it did not.

The Cebu City Environment and Natural Resources Office has formed a task force whose members’ duty is to check the rivers in the city. They will apprehend violators of environmental laws and ordinances.

Mayor Edgardo Labella has also tasked the City Legal Office to take part in the monitoring since they know the laws well.

He will also be meeting with the 80 barangay captains together with Cebu City Disaster Risk Reduction and Management Office head Harold Alcontin on Tuesday, Aug. 20, to discuss and identify households that throw waste into the city’s waterways.

The mayor has urged barangay captains to strictly implement RA 9003, reminding them that the law covers cleaning and clearing of waterways.

Barangay officials who do not strictly implement the law will receive notices and their names will be put on a list of non-compliant public servants, according to Labella, who said the City has an administrative authority over barangay captains under the Local Government Code.

After Guadalupe River, the City will clean the Mahiga Creek in September. (JJL)