Another Chinese arrested for casino-related kidnapping 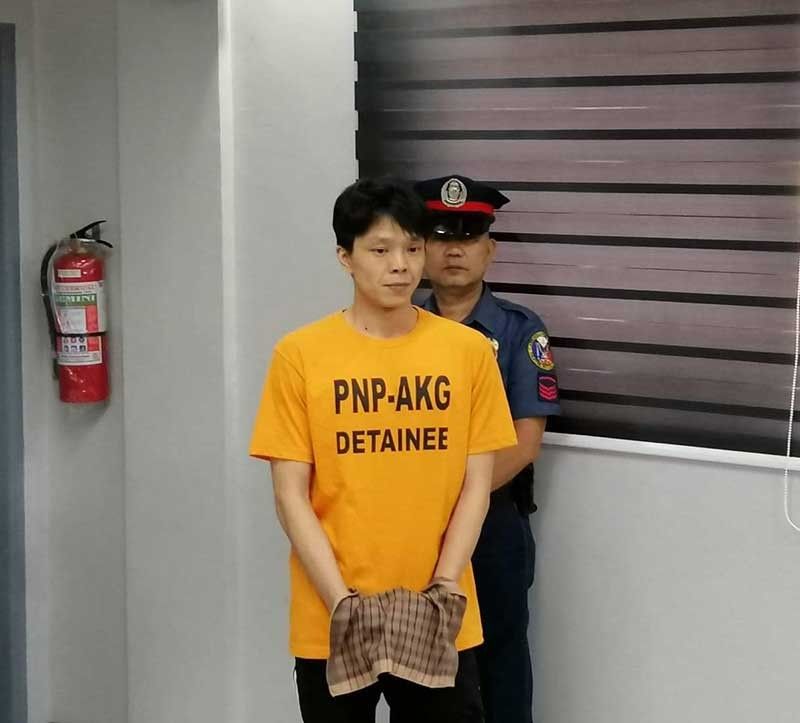 MANILA. Chinese national Libu Xu is presented before the media on August 19, 2019 as one of the suspects in a kidnap-for-ransom case that victimized another Chinese national who allegedly failed to pay his casino-gambling debt. (Photo by Third Anne Peralta-Malonzo)

AUTHORITIES arrested another Chinese national who was allegedly responsible for the kidnapping of his fellow countryman over a casino gambling debt, a police official said on Monday, August 19.

Philippine National Police (PNP) Anti-Kidnapping Group (AKG) spokesperson Lieutenant Colonel Elmer Cereno said Libu Xu was arrested on August 15 in Midas Hotel in Pasay City, after he was identified by Xiaoguo Bian, 25, as among those who kidnapped him.

Bian's case brought to 53 the total number of casino-gambling-related kidnapping incidents in the country since 2017. Twelve have been arrested, including Xu.

Xu and five other Chinese officials, who have all been identified, will be charged with kidnapping for ransom and illegal detention.

Bian, who is from Shandong in China, said he was held captive by Xu and five other suspects when he failed to pay his debt of P2 million, including interest of P500,000.

Bian had gambled the money away at the hotel casino.

Bian said he was held in a room in Midas Hotel and transferred to a safehouse in Alabang before he was brought to the Pasay City Police Station on August 15 and detained there.

His kidnappers, all of whom have been identified, allegedly took his photo while he was inside the detention facility and sent the photo to his father in China to demand for ransom money.

Cereno said Bian’s father reported to the AKG and forwarded the photo of his son in jail.

Operatives then confirmed the information and proceeded to the Pasay City police office.

Cereno said they will look into the possible liability of the police investigator at the Pasay police station for allowing Bian's detention.

(The investigator said he had no intention of detaining the victim because he had other matters to attend to. He said he allowed the Chinese nationals to put Bian in jail because they said they were going to file charges.)

(The investigator did not know that the Chinese nationals had taken a photo of Bian.)

Cereno said they are conducting necessary coordination with the concerned government agencies to address the matter.

He said they also coordinated with the Chinese Embassy in the Philippines to ensure the security of their people visiting the country. (SunStar Philippines)