Bzzzzz: Could Abella still climb to #8 and unseat Zafra? 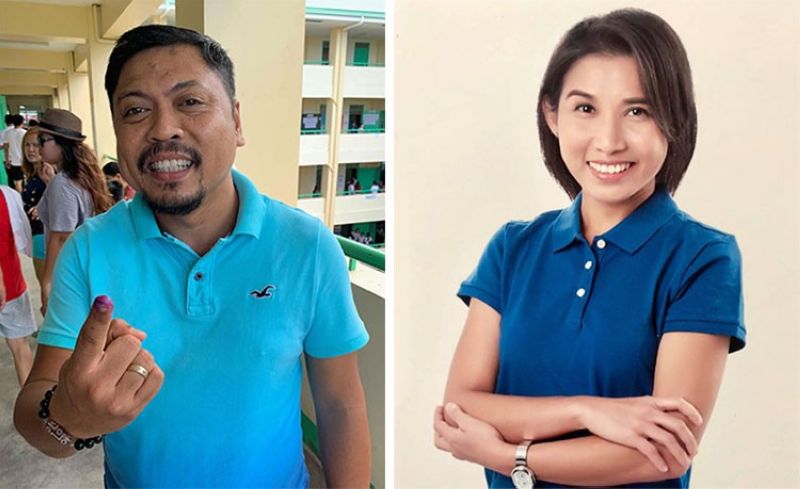 [1] PANELO BEING TAGGED SPOKESMAN FOR CHINESE EMBASSY. After the president's spokesman read a text sent him by Chinese ambassador to the Philippines Zhao Jianhua, Senator Ping Lacson wanted to know who was paying his salary.

PS Salvador Panelo gets his pay from the Philippine government. Why does he appear and sound like a Chinese embassy spokesman? Maybe because Panelo is only reflecting the views and behavior of his Filipino employer.

The surrogate cannot say and act differently; he mirrors the principal.

[2] CALL FOR SAFETY NETS, WIRES AT FERNAN BRIDGE. The suggestion came from the new Provincial Board, which a previous provincial board also suggested. The action seems to follow every suicide at the bridge.

But here's the thing: a would-be suicide could always find a high place from which to jump off; he or she could only be saved by counseling, a much better safety net and wire.

When Atty. Marie Velle Abella of BOPK successfully eliminated Sherwin Luie Abella, independent, by having him declared by Comelec as a nuisance candidate, it was already July 17. The proclaimed winners for the Cebu City Council had already assumed office, among them south district tail-ender (#8) Philip Zafra.

But that was not to be so. Because they competed for a "multi-slot" office, the crediting of votes from Sherwin to Amay wouldn't be automatic. Comelec has to find out which ballots have two Abellas, in which case Amay would not get any add-on. The additional votes from Sherwin's ballots would only be those that contained only one Abella.

What did Amay have to do? She could ask Comelec to execute the judgment but the ruling merely declared Sherwin a nuisance. It didn't say that Sherwin's votes would go to Amay.

Maybe because Comelec would need to determine how many votes should be credited to Amay. Which would need the opening of ballots and checking out which ballots contain the names of both Sherwin and Amay.

That procedure requires a protest, which Barug says is already closed. Maybe not because the Supreme Court ruled in the Santos case that the action for a right disturbed by a nuisance candidate remains even after election and proclamation.

What Amay has done

Amay could pursue her right but that would need the filing of an election protest, which would cost a lot of money. Had BOPK chief Tomas Osmeña won, that might not be a problem. But Tomas, who didn't protest his loss to Mayor Edgar Labella. might not support the protest of his #10 councilor bet in the south.

There's also the question of time: a protest is not like a disqualification case, e.g. the Arvin Arcilla and Bebs Andales cases, which didn't involve a review of the ballots. It could take time and might eat up the three-year term before it could be resolved.