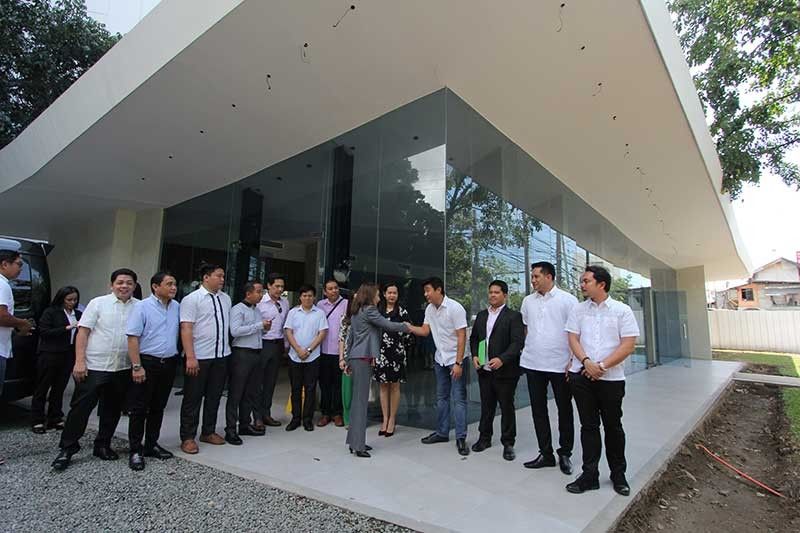 TURNOVER. Innoland officials led by chief operating officer Charles Vincent Ong and Janez Zozobrado turn over the key to the Innoland showroom to Cebu Gov. Gwendolyn Garcia and some members of the Provincial Board on Monday, Aug. 19, 2019. (Amper Campaña) 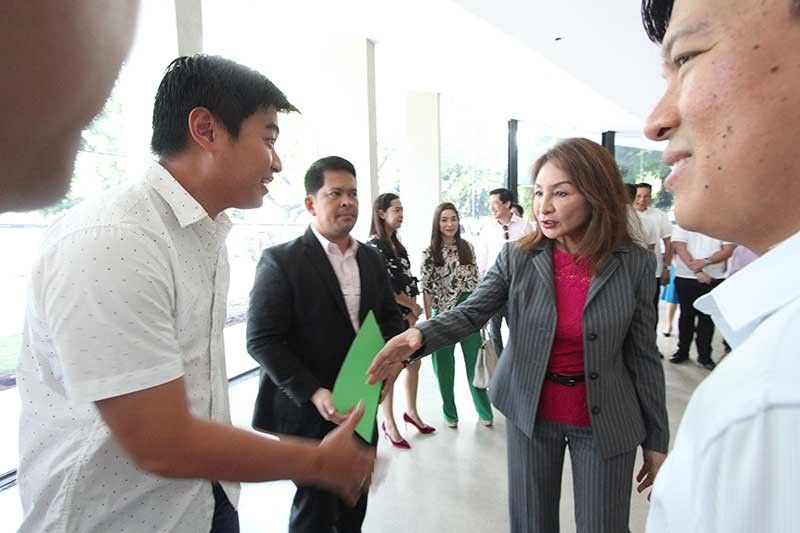 PROPERTY developer Innoland turned over the lot and the building of its showroom on Salinas Drive in Cebu City to the Cebu Provincial Government on Monday, Aug. 19, 2019.

"Innoland has shown good faith by peacefully turning over the building built on provincial property and this building was constructed without any formalities," Gov. Gwendolyn Garcia said.

Together with other Capitol officials, she received back the property from Innoland.

With that, Capitol will no longer go to court to re-claim the property.

Innoland did not issue a statement at the turnover.

Garcia said she is looking into leasing the prime lot again but at a different rate.

Innoland had signed with then governor Hilario Davide III a contract to lease 849 square meters of prime Capitol land on Salinas Drive, just outside the Cebu IT Park, for a monthly rate of P42,450 or P50 per square meter from April 2014 to April 2020.

When Garcia succeeded as governor at noon of June 30, 2019, she had contracts entered into by the previous administration reviewed.

The Innoland contract was found to have been sealed without Davide having secured Provincial Board authority for it as mandated and required. It also did not undergo the government procurement process.

Garcia terminated the Innoland contract and asked the property developer to vacate the property by end of July 2019.

On Aug. 19, Innoland, with its top officers present, formally gave back to the Provincial Government the Capitol lot and the Innoland showroom built on it.

Speaking to reporters, Garcia said that "off the top of my head," she will have the property leased again but at "the growing rate per square meter."

She said Innoland is welcome to bid for the property.

She will have Capitol lawyers look into whether Innoland can be given priority in leasing the property.

Garcia said she is "studying carefully" whether to bring Davide, now the vice governor, to court over the Innoland contract.

Marino Martinquilla, Capitol legal consultant, said the lot and the showroom have a combined value of P25 million at current market value.

He also said Innoland was up-to-date on its lease payments until the contract was terminated. (JOB, RTF)