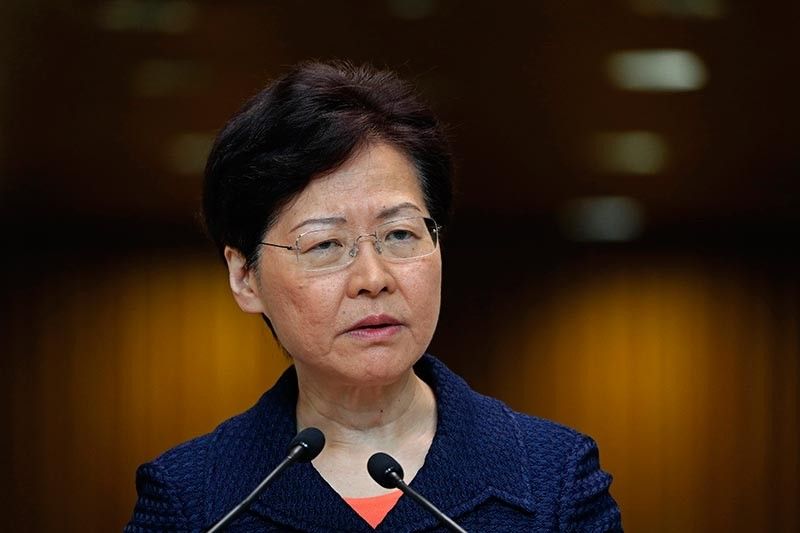 HONG KONG. Hong Kong Chief Executive Carrie Lam listens to reporters' questions at a press conference in Hong Kong Tuesday, August 20, 2019. Lam said she’s setting up a “communication platform” to resolve differences in the Chinese city, which has been wracked by months of chaotic anti-government protests. She also said a fact-finding study will look at the causes of the protests and the police response to them. (AP)

Chief Executive Carrie Lam also said the city's police watchdog will carry out a fact-finding study of the protests and related incidents as it looks into 174 complaints about police behavior.

The movement held a massive but peaceful rally on Sunday, August 18, after earlier protests had been marked by violence. The government has conditioned dialogue on the leaderless protest movement remaining peaceful.

Lam didn't say that the communication platform will be used to specifically contact protesters. It will be used for "open and direct" dialogue with people from all walks of life, she told reporters, while giving few specifics on how it would work.

"Our goal is to work hard to resolve differences and conflicts, to understand each other through communication and to walk out of this social deadlock together," Lam said.

Lam's comments fell short of the protesters' five demands, which include her resignation and an independent inquiry into what they say was police brutality.

The protesters complain that police have contributed to the violence by responding to their aggressive tactics with tear gas and rubber bullets.

Lam dismissed the protesters' demand for an independent inquiry, saying the city's police watchdog is capable of looking into police misconduct. The watchdog has been criticized for having limited monitoring powers. (AP)