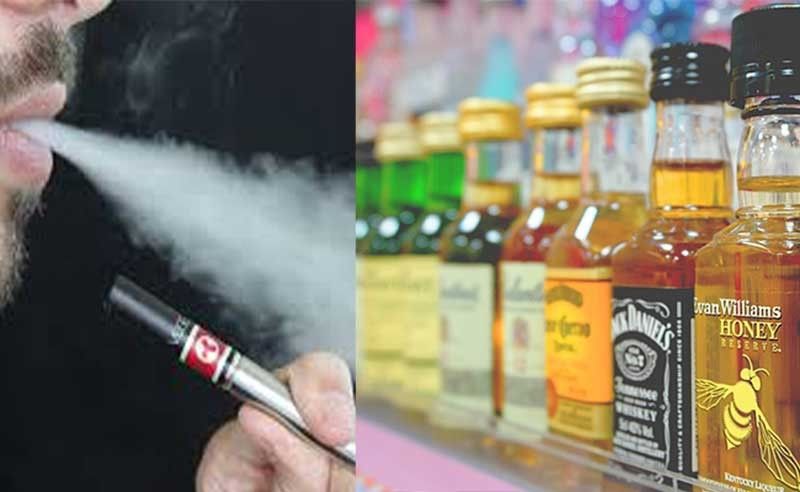 (UPDATED) The House of Representatives on Tuesday, August 20, approved on third and final reading a bill increasing the excise taxes on alcohol products and electronic cigarettes.

After a nominal voting Tuesday afternoon, the House voted 184-3-1 in favor of House Bill 1026.

This is the first bill approved by the House under the 18th Congress.

The measure, one of the remaining packages of the Comprehensive Tax Reform program (CTRP), is a substituted version of the bill approved on August 12 by the House committee on ways and means.

It seeks to raise the excise tax, also called sin tax, on beer, spirits and wines. It was expanded to include e-cigarettes such as heated tobacco and vapor (vaping) products. E-cigarettes were taxed under Republic Act 11346, which increased the taxes on tobacco products.

Sparkling wines will be levied an ad valorem tax of 15 percent of the net retail price as well as a specific tax of P696 per liter starting 2020.

Still wines and carbonated wines will also be slapped with an ad valorem tax of 15 percent of the net retail price. A specific tax of P60 per liter will also be imposed in 2020.

Alcoholic beverages with alcohol content of less than 10 percent alcohol by volume and whose alcohol is sourced from malt or a distillation process, or alcopop, and fermented liquor will be more expensive by P32 per liter in 2020, P34 in 2021 and P36 in 2022 because of excise tax.

Meanwhile, heated tobacco products will be levied with a specific tax of P45 per pack effective 2020, with an incremental increase of P5 per year until 2023. The tax imposed shall increase by five percent each year starting in 2024.

Vapor products with salt nicotine shall have a specific tax of P30 per milliliter in 2020, with an incremental increase of P5 thereafter until 2023. The rate is further increased by five percent every year effective in 2024.

Vapor products with conventional nicotine will be taxed by P4.50 per milliliter in 2022, with an additional increase of P0.50 per year from 2021 to 2023. The rate will increase by five percent annually starting 2024.

The higher taxes are aimed at generating revenues to fill the funding gap for the Universal Health Care Act.

The UHC program is estimated to require P257 billion in 2020. Its funding requirement is projected to increase by an average of P11 billion per year.

Based on the 17th Congress version of the alcohol excise tax bill, higher taxes on alcoholic drinks will raise at least P15.8 billion in the first year of implementation and P111.5 billion over the next five years. (MVI/SunStar Philippines)