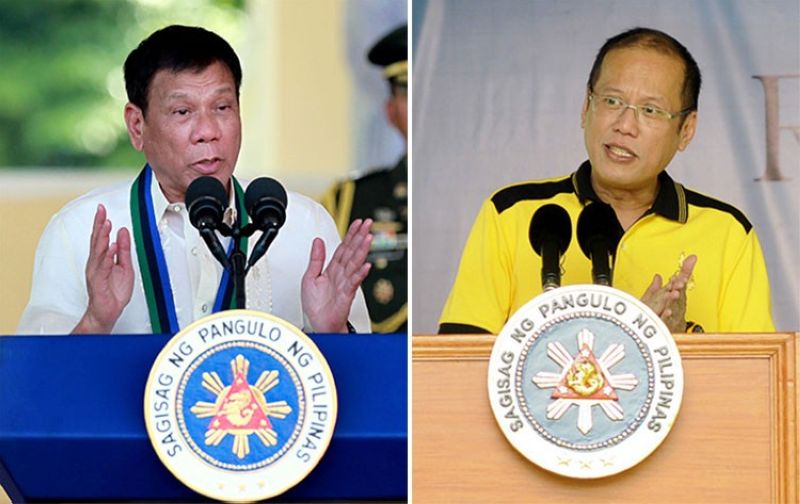 PRESIDENT Rodrigo Duterte is being smeared by the definitions given by the crowd-sourced dictionary to the word "duterte."

Not the first president to be "defined" by the digital site. Nine years ago, in March 2012, then President Benigno S. Aquino III was also thrashed, though not similarly. Check out how the two national leaders were treated by Urban Dictionary and its netizen contributors -- and see which thrashing is harsher.

The Urban Dictionary has defined "duterte," in lower case, thus:

The side examples are more graphic, particularly those in Filipino:

-- "My miracle oil will cure all illnesses and solve all your problems. Believe me, this is not a duterte."

Definitions and examples were submitted separately by persons hiding with a different name: on March 30, July 19 and August 18.

-- And every time the president would fail a promise: "Na-duterte."

Some bad, some factual

A few others are really bad: "leftover shit that you wipe off your anus after pooping"; "sometimes all you need to feel better about life is a good poop and a nice wiping off of a duterte."

Others are factually descriptive: anything that relates to the president; a Duterte supporter. Still others such as "dictator wannabe" could be paranoid or partisan-derived.

The crowd-sourced online dictionary defines various slang words; many are outrageously unbelievable but many of its readers chuckle over them.

Is it public opinion?

How much do the smear words reflect public opinion? Not known, may never be known. The dictionary does not poll those who agree with the meaning.

The meanings posted came from only three persons and were assessed by also unidentified volunteer editors whose criteria for publication are not specified.

Maybe Presidential Spokesman Salvador Panelo's own definition of "duterte" may find its way into the website:

The slurs were less harsh when Urban Dictionary gave the meanings of the word "noynoying," a play on the former president's nickname:

[1] "One's inaction despite the responsibility to do something";

[2] "A form of protest" that copies mannerisms of Aquino such as "sitting with one's head on his hands, staring vacantly into space, sleeping, drooling, tongue-biting, picking lint from his navel, or otherwise doing nothing productive."

[4] "Making promises that one has no intention of keeping."