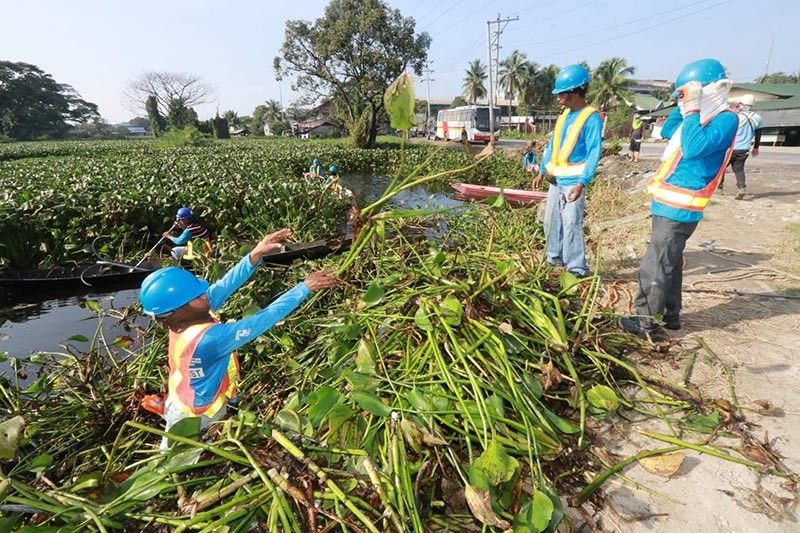 Employees of RSC together with volunteers from Barangay Sta. Monica joined hands in the conduct of the five-day clean-up drive dubbed "Bayanihan Para sa Bayan Ni Juan" and held in partnership with the local government of San Simon.

She said they have been in communication with RSC and a poultry farm near the area to provide a functional canal to prevent clogging of water, but only the smelting plant heeded their call.

"With this early preparation initiated by Real Steel Corporation, we are optimistic that we will not be experiencing the same situation last year wherein our houses floated in floodwaters for about six months," said Parungao.

According to RSC Pollution Control officer Cyril Hilario, bunch of water lilies, as well as waste will be removed in the 1.2-hectare fishpond to unclog it and ease the flow of water from the affected areas during rainy days.

She noted that the activity is part of the smelting plant's monthly corporate-social responsibility aimed at helping their host communities develop through various programs concerning environment, education and health, among others.

"This month, we decided to conduct a clean-up drive, particularly the clearing of the clogged fishpond in Barangay Sta. Monica. After the removal of all the water lilies, we are hopeful that floodwaters will not be stagnant in the residential areas but will rather flow directly to the river," she said.

The RSC management, Hilario added, is also hopeful that the project will help in preventing the spread of dengue in the community, especially among children, as their possible breeding grounds have been cleared.

Hilario said the extracted water lilies will be used as fertilizers for the vegetables and other plants to be planted by RSC management within its factory as part its cleaning and greening project.

"Through our simple ways, we are hopeful that we can make a lasting effect in the community that has been our home for several years. This is Real Steel Corporation's way of giving back to them," she said.

Municipal Environment and Natural Resources Officer Efren Parungao, meanwhile, lauded the initiative of RSC in conducting such environmental programs that will help address the perennial flooding problem in town.

He said the local government is also conducting similar activities in the flood-prone barangays of Sto. Niño, Concepcion and San Miguel to likewise ease the flow of waters and avoid it from being stagnant.

"This is a boost in the programs implemented by the administration of Mayor Jun Punsalan because he is also serious in addressing the flooding especially in the internal portions of our barangays," he said.

Committee on Environment Chairman Councilor Dading Santos, for his part, cited the prompt action of RSC in the call to make the town's industrial area be more environment-friendly through greening programs.

He said the local government instructed all factories, especially the smelting plants, to do landscaping and plant more green plants on their surroundings to dispel the public's notion that Quezon Road is a polluted area.

"We are impressed that Real Steel is able to deliver even before they are instructed to conduct greening projects and we urge the other companies to emulate Real Steel and be one in showing to the public that San Simon is an environment-friendly town," he said. 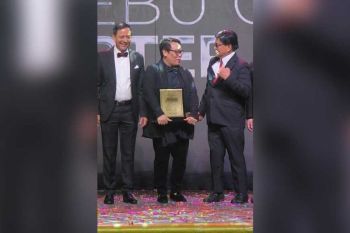