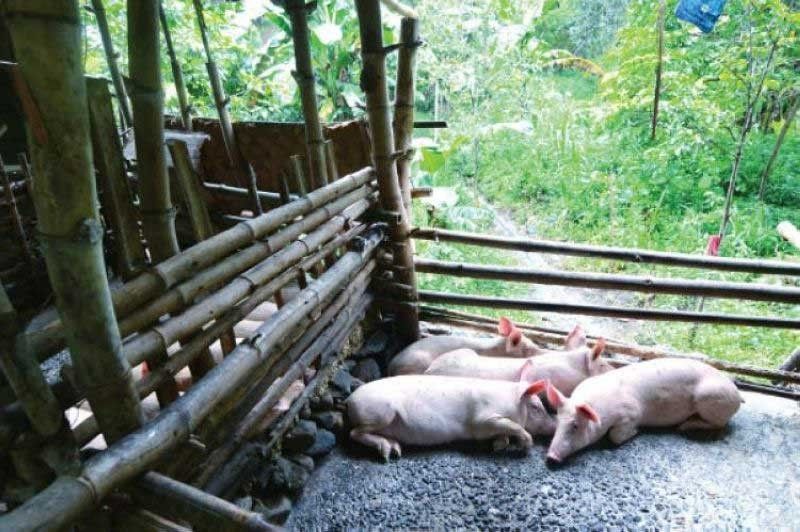 STRINGENT MEASURES: The Deparment of Agriculture (DA) calls on hog raisers to strictly observe and practice good livestock practices by not feeding hogs food scraps from canned meat.The DA says it received an incident report from the Bureau of Animal Industry about an “increased mortality of pigs raised by farmers in their backyards.” (SunStar File Photo)

This, as the DA alerted its Crisis Management Team (CMT) of a reported suspected animal disease that has been causing the death of backyard-grown pigs.

The DA couldn’t immediately say if the cause was the contagious African Swine Fever (ASF).

“We are intensifying the campaign to stop the swill feeding. This is when we feed our swine canned meat products because we don’t know if these meat products are from the affected countries. We don’t know if those are contaminated,” Melquiades Ibarra, DA 7 chief information officer, told SunStar Cebu Tuesday, Aug. 20, 2019.

Ibarra said they were tasked by DA Manila to strengthen the preventive measures at entry ports like seaports, terminals and airports as the ASF virus can get carried by humans and things.

“According to our ASF coordinator, we have to continue our efforts in monitoring the entry ports in the region. We are also strengthening our efforts to regulate or stop swill feeding, especially at this time that we are not certain,” he added.

Agriculture Secretary William Dar assured that they “are on top of the situation” and that they are “doing everything possible” to protect the animal industry, including the imposition of stricter quarantine measures at all ports of entry, airports and seaports.

He also called on all hog raisers to implement bio-security measures.

“We call on all hog raisers—commercial players and particularly those engaged in backyard operations—to strictly observe and practice good livestock practices, including the needed bio-security measures,” he said in a statement on Aug. 20.

Dar said they received an incident report on Aug. 16 from the Bureau of Animal Industry (BAI) about an “increased mortality of pigs raised by farmers in their backyards.”

Dar said he has directed the BAI to send blood samples from the affected pigs to foreign laboratories and conduct further laboratory tests to determine the cause of animal death.

He said the crisis team will oversee the planning and implementation of appropriate measures to manage, contain and control the suspected animal disease or diseases.

The team has been ordered to work closely with key industry players and local government officials to manage the incident and carry out ground-level operations.

“We will institutionalize the active participation of the private sector and the local government units, and they will be part of the CMT from hereon to gain their full involvement and commitment, including other technical teams that will monitor and evaluate said recent events,” he added. (with Sun Star Philippines)