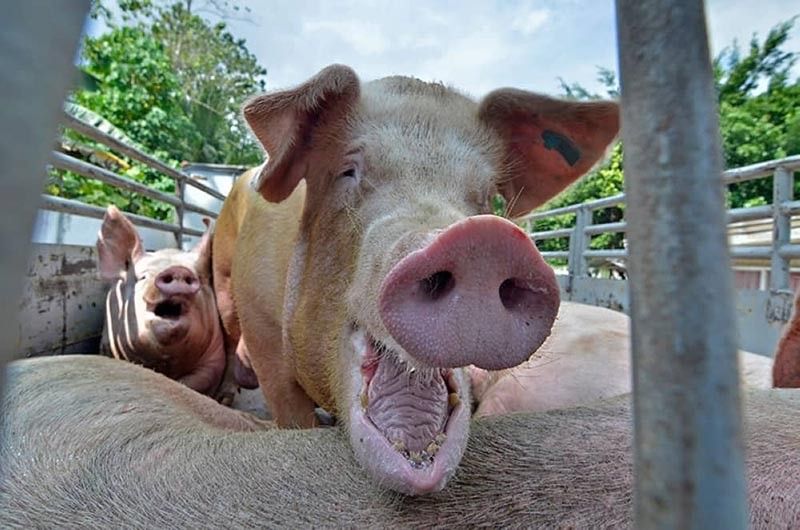 DAVAO. Despite the government’s temporary ban on the importation of domestic and wild pigs to the Philippines following the outbreak of African Swine Flu (ASF), farm gate price of pork remain low at P105 per kilogram (kg). (SunStar File Photo)

DESPITE the government’s temporary ban on the importation of domestic and wild pigs to the Philippines following the outbreak of African Swine Flu (ASF), farm gate price of pork remain low at P105 per kilogram (kg).

Among the countries that were temporarily banned last year were China, Latvia, Poland, Romania, Russia, and Ukraine which was followed by import ban of pork meat from seven more other Asian and European countries.

Backyard Raiser Association president Filemon Santander told SunStar Davao Tuesday, August 20, in a phone interview after the import ban, the local swine industry has expected an increase of farm gate price of pork in the market up to at least P120 per kg, however, until now they are confused on why the farm gate price remains low.

“Ang tendency unta ato is naay dako na demand kay wala ma’y importation. It seems like naa napu’y smuggling kay kaniadto inana man, matingala ta nganong barato kay naay smuggled pork from other countries (There was supposed to be a big demand in the market because of import slack. However, it seems like there has been smuggling activities happening because it happened before. Pork prices remain low because there was smuggled pork from other countries),” Santander said.

He said that the local producers, especially the small-scale producers and farmers have been affected by this, especially that they noticed decline of market demand in the city.

“Right now, both large and small players in the industry are being affected. There was also very low demand along with very low farm gate price. It is because nearby provinces like General Santos City are selling at P100 per kg or lower,” he said, adding that the Department of Agriculture and the Department of Trade and Industry should look into this matter.