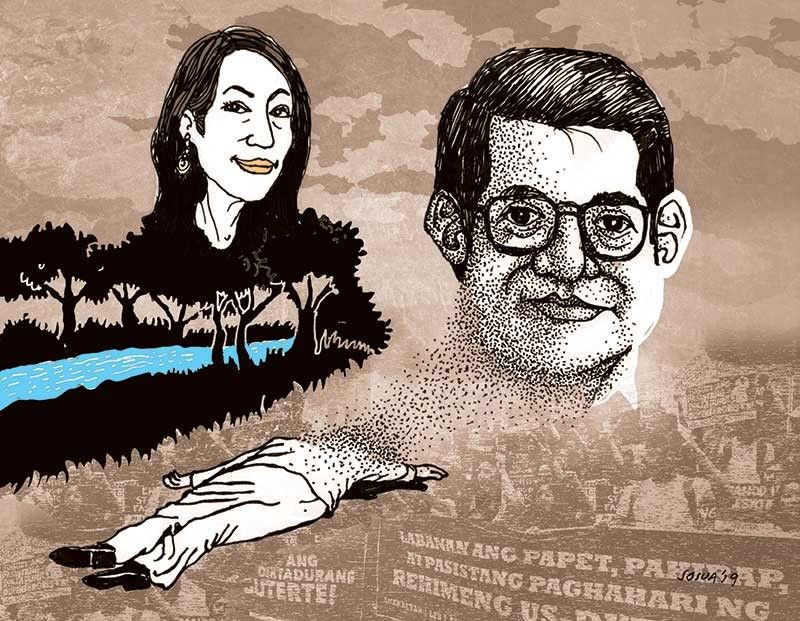 THE word comes from the Latin “agere” or “activus,” meaning “to move,” suggesting action or something that needed to be done. Merriam-Webster Dictionary defines it as “doctrine or practice that emphasizes direct, vigorous action especially in support of or opposition to one side of a controversial issue.”

The word does not necessarily imply that the “vigorous action” can only be done collectively. A solitary, in fact, can bear the world’s weight—remember Miguel de Cervantes’s Don Quixote de la Mancha or The Beatles’ “fool on the hill.”

The activist moves to change something in society: a corrupt status quo, social injustice, the rape of the ecosystem, tyranny, etc. It takes a myriad of forms—petitions, rallies, legislative lobbying, sit-ins, hunger strikes, among others. Time also saw creative ways activists launched their messages—from dropping poems from a chopper to hurling a shoe to a bluffing head of state. The Chinese artist Ai Wei Wei threw a dirty finger at the temples and captured the whole act in photography.

Today, in our part of the world, we particularly remember such rare breed as the late senator Benigno Aquino Jr., shot decades ago today at the airport tarmac for fighting an evil regime.

This week, we also mourn the passing of another champ, the impassioned former environment secretary Gina Lopez, she who stood against unscrupulous mining firms and in presscons urged everyone to sing with her, “I believe I can fly!”

Because “flight,” indeed, as an act of plunging headlong to dreams of better societies is the whole point of activism. Aquino and Lopez, though having moved in different times and circumstances, show invariable steadfastness to the truths they held. They have already marked a dent against what we thought were immovable monoliths. A regime eventually fell in the case of Aquino and we have yet to see who gets haunted by Lopez’s shadow.

Yesterday, the University of the Philippines community staged a walkout to push back the looming presence of police and military in its campuses. The common discomforts of the less informed is that the university breeds activists. The fear-mongering sector of the military claims there is communist “brain-washing” in the academic spaces. But there is only freethinking that’s happening there, and yes if in the process it breeds activists, it is only because, as the poet Roberto Bolaño said, “There is a time for reciting poems and there is a time for fists.” Without activists, civilizations would have eaten themselves up into the void. It is history, in fact, that gives activism its good name. Only evil regimes, terrified by their own smallness, are desperate to place activism in bad light.

They will tag you as an “activist,” you might as well wear it proudly as a badge of honor.