LTO: Claim plates or be apprehended 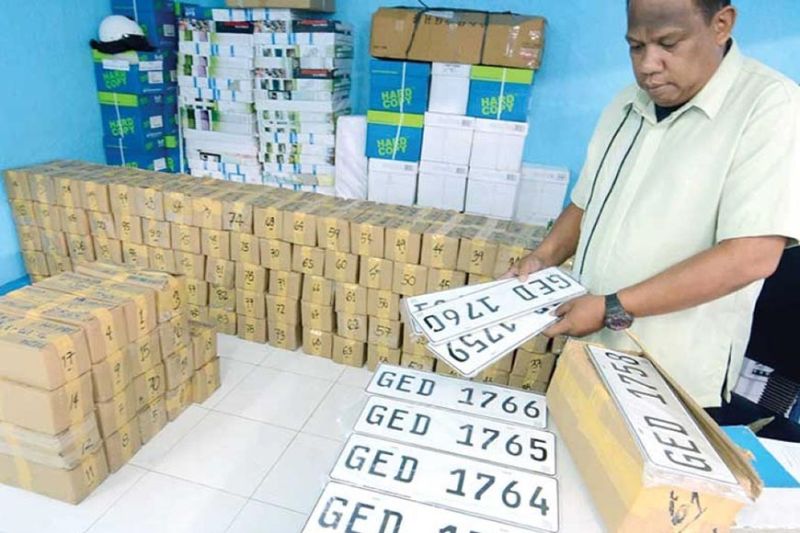 DAVAO. Thousands of plate numbers are in the custody of the Land Transportation Office waiting to be claimed by vehicle owners. (SunStar File Photo/Arni Aclao)

THE Land Transportation Office (LTO)-Davao reminded motorists with unclaimed Private Motor Vehicle (PMV) plates to claim these before the end of the month or they will face apprehensions.

On Monday, August 19, LTO posted on its Facebook page that motorists with unclaimed PMV plates registered from July 2016 to December 2018 will be given until August 31 to claim their plates.

LTO assistant regional director Neil Cañedo said there have been 6,449 out of the 10,511 plates that remained unclaimed.

Cañedo, meanwhile, said the plate for motorcycles are not yet available due to the pending design of the “Doble Plaka” law, which is currently being reviewed after President Rodrigo Duterte ordered the suspension of its implementation.

“For the motorcycles, it is still pending because of the ongoing case wherein the size of the plates are still being resolve, through a public consultation. We are hoping it will be finalized before the end of the year,” he told SunStar Davao.

He added that the plates’ backlog was due to the issue of it being substandard, which was immediately recalled by the central office.

Initially, a plate-making plant was proposed separately for Visayas and Mindanao to cater the production demand for its respective territory. But Cañedo said the plan was shelved for a while.

He said the new plate will have radio-frequency identification (RFID) to easily identify the motorists in times of apprehensions.

Cañedo said violators will be caught through a high-end speed gun manned by the LTO traffic enforcers, as part of the agency’s “No Contact Apprehension” policy.

He said the speed guns will trace the identification of the violator by detecting the RFID placed in the motorist’s plate, which will automatically record the violation and will be determined during the renewal of license.

Previously, LTO apprehended 10,000 motorists in the region from September 2018 to July this year due to overspeeding.

LTO, meanwhile, urged motorists to claim their plates at its regional office along Quimpo Boulevard. They could claim it personally or through a representative.

The agency also said they could have it delivered through messengerial service.