Clamping in Talisay starts August 22 at no particular time 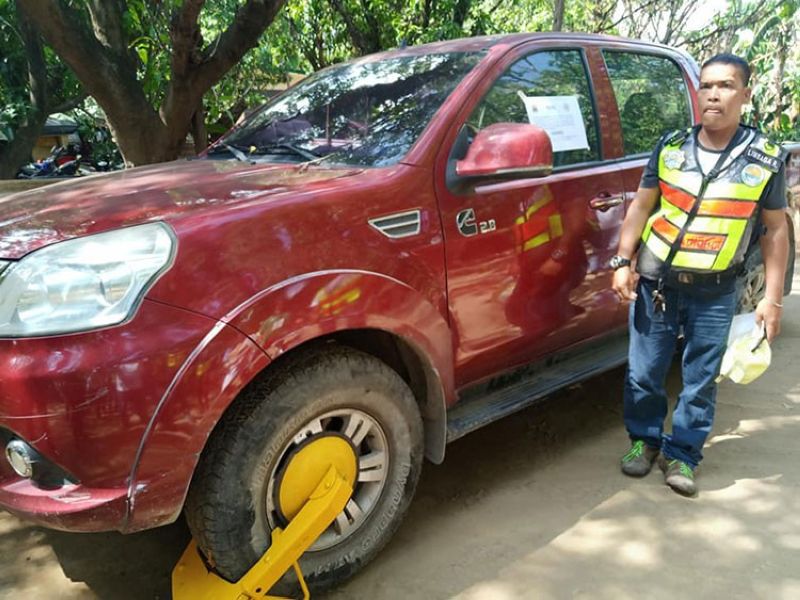 STARTING Thursday, Aug. 22, 2019, vehicles that are parked along the national highway and other major roads in Talisay City will be clamped.

The clamping operation will be carried out at no particular time but the driver has five minutes to move his vehicle before the unit is immobilized.

A bleating siren should warn the driver of the presence of a team from the City of Talisay Traffic Operations and Development Authority (CT-Toda).

CT-Toda chief Jonathan Tumulak said his office has given the public a month’s notice about the strict implementation of the 2012 clamping ordinance starting Aug. 22.

He said the strict implementation of the 2012 clamping ordinance is part of the thrust of Mayor Gerald Anthony “Samsam” Gullas to clear major streets of obstructions to smoothen traffic flow.

When Gullas assumed office July 2019, he promised to decongest traffic in Talisay by implementing existing ordinances related to traffic obstructions.

The penalties for illegally parked vehicles are fines of P500 for illegal parking and another P500 for violation of the clamping ordinance.

On top of that, CT-Toda will require the driver to pay the penalties for pending violations before his vehicle will be unclamped.

Tumulak advised owners or operators of roadside establishments such as carenderias to provide their customers with parking space that will not hamper highway traffic.

He has noticed that some drivers of public utility vehicles indiscriminately park when they take their lunch in roadside carenderias.

Ever since CT-Toda began a random implementation of the traffic ordinances in July, Tumulak said, he has seen a drop of about 20 percent in traffic violations.

In July, CT-Toda also began strictly carrying out the “no helmet, no driving” rule.

In early August, CT-Toda filed charges against 300 out of 2,000 traffic violators before the Talisay City Prosecutor’s Office when they did not pay the fines. (From FMD of Superbalita Cebu/JKV)