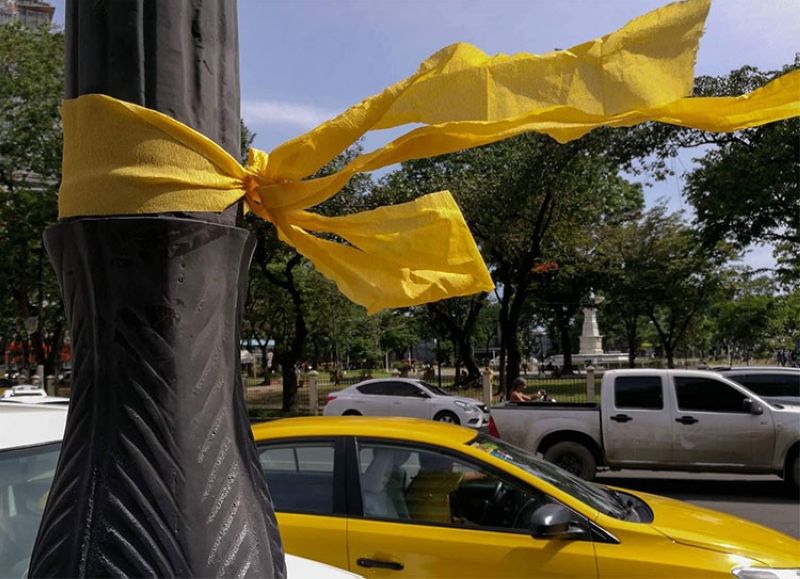 CEBU. Filipinos tied yellow ribbons around trees across the country to welcome Ninoy Aquino on August 21, 1983. Aquino was assassinated upon arrival. (File Photo)

PRESIDENT Rodrigo Duterte expressed hope that the commemoration of Ninoy Aquino Day Wednesday, August 21, would remind Filipinos to remain committed to their "solemn duty to safeguard the freedoms that we now enjoy.”

He also expressed hope that the "remarkable life" of assassinated senator Benigno "Ninoy" Aquino Jr. would inspire public servants and the youth.

This was the message from the President on Wednesday, August 21, 2019, the 36th death anniversary of Aquino.

To the government workers, Duterte said he hoped they would be inspired to serve the country with "honor, integrity, and purpose."

To the youth, he hoped that they would be encouraged to render service to their country and fellow countrymen.

"I also hope that Ninoy's remarkable life as a public servant will move my fellow govemment workers to serve with honor, integrity and purpose as well as inspire our youth to be of service to their country and fellowmen," he added.

August 21 is declared a special non-working holiday based on Proclamation 555 signed by Duterte last year.

Aquino was a senator and leading opposition figure during the martial law regime of the late dictator Ferdinand Marcos.

He was the husband of the late president Corazon Aquino and father of former president Benigno Aquino III.

Aquino was shot in the head on August 21, 1983 upon arrival from a three-year self-imposed exile in the United States. (SunStar Philippines)