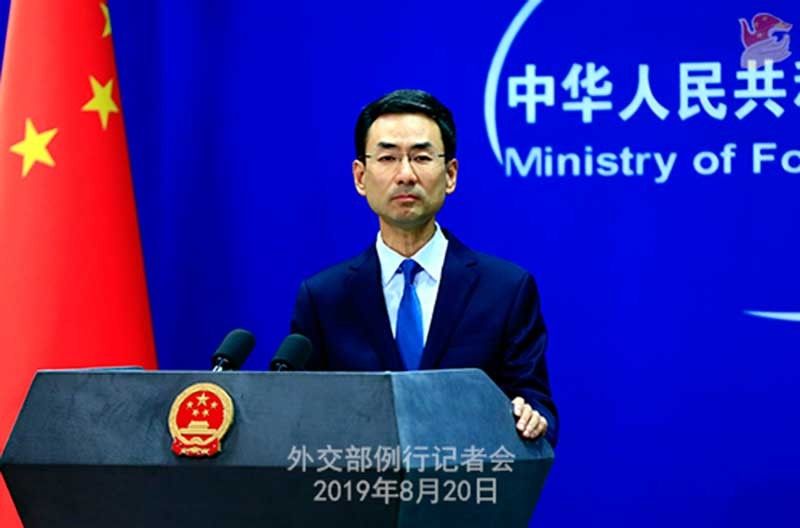 CHINA'S Foreign Ministry Spokesperson Geng Shuang has expressed hope that the Philippines would ban all forms of online gambling and strengthen law enforcement cooperation with his country.

Geng said he appreciated the move of the Philippine Amusement and Gaming Corporation (Pagcor) to freeze issuance of offshore gaming licenses, but hoped that the Philippines would go further and impose a total ban.

"We hope the Philippines will go further and ban all online gambling. We hope it will further strengthen law enforcement with China and jointly tackle criminal activities including online gambling and cyber fraud," he said in his regular press conference

"This will help create an enabling environment for the development of bilateral relations and peace and stability in the region," he added.

Geng was asked to comment on the suspension of the issuance of offshore gambling licenses in the Philippines after he took a question on a similar move by Cambodia during his regular press conference on Tuesday, August 20, 2019.

A portion of the transcript of the press conference was posted by the Chinese Embassy in Manila on Twitter Wednesday, August 21, 2019.

Reacting to Geng's statement, Presidential Spokesperson Salvador Panelo said President Rodrigo Duterte has the final say on whether to heed the call for a ban online gambling.

Pagcor announced on Monday, August 19, that it has stopped accepting new applications for offshore gaming licenses pending a review of the operations of Philippine Offshore Gaming Operations (Pogo) establishments.

The announcement was made after China raised concerns that its citizens are illegally employed in the offshore gambling firms.

Concerns that these Pogo establishments, especially those operating near military camps, are being used for espionage have been raised by Philippine authorities.

As of June 2019, there were 56 licensed Pogo establishments in the Philippines while at least 30 others are believed to be operating illegally.