Julian 'Teban' Daan passes away at 74 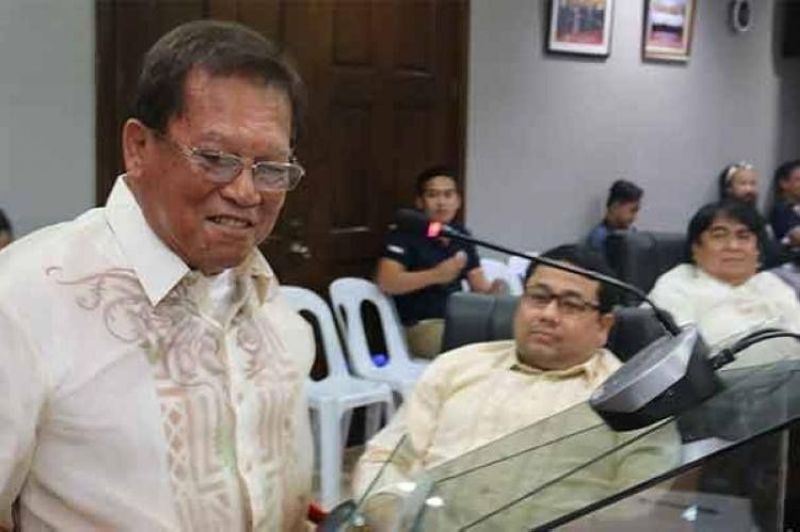 Rodel Daan, the eldest of Daan's two children, told SunStar Cebu that his father was first admitted at the Chong Hua Hospital in Cebu City last Monday, August 19, after suffering from a mild stroke.

Rodel said before the recent admission, the two-term Talisay City councilor has been in and out of hospital care after he underwent a triple bypass procedure back in 2014.

Rodel said that aside from his father, his mother, Provincial Board Member Yolanda "Yolly" Daan, was also admitted at the same hospital after suffering from dengue fever.

Rodel formally thanked his father's supporters and fans for supporting Daan all throughout his career.

In a statement posted on his Facebook page, Talisay City Mayor Gerald Anthony "Samsam" Gullas said he was saddened by Daan's sudden demise especially that he treated the latter as a "good friend and idol."

"I know that he was well-loved not just by the Talisaynons, but also by all Cebuanos who are always tune in to hear his antics on the radio. But for me, I will sorely miss his jokes, his charisma, his love for public service and most of all, his constant advise and guidance," Gullas said.

Before becoming a politician, Daan was a well-known radio and stage personality. He was particularly known for his longtime partnership with fellow Cebuano comedian and radio personality Allan "Goliat" Nacorda.

The duo not only starred in radio and stage presentations together, but even in local television.

Both were well-known for being the leads in local television shows such as Goat the Wanderpool, Manok ni San Pedro and Talpolano the Boxer.

Daan first started in politics during 1982 when he ran and won as a barangay councilman in Tabunok when Talisay City was still a town.

In 1995, Daan decided to try his luck in running as board member of Cebu's First District. He won on his first try.

But all was not fine for Daan in his rise to politics.

During the 2004 elections, Daan ran against the late Gregorio Sanchez for vice governor but lost.

After serving another three terms as Provincial Board member from 2007 to 2015, Daan ran for Talisay City councilor during the 2016 national elections and garnered the highest number of votes.

During the 2019 midterm elections, Daan was able to secure his reelection bid despite his failing health.

The wake for Daan will be held at the St. Peter's Chapel on Imus Street, Cebu City. (SunStar Cebu)