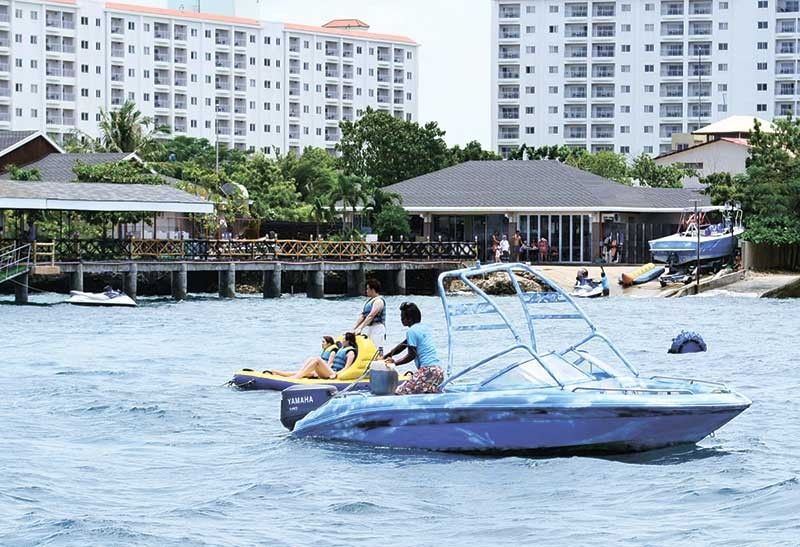 PRIME DESTINATION. Cebu remains the-top-of-mind leisure destination in the Philippines. According to Department of Tourism 7 Director Shahlimar Tamano, growth in tourist arrivals in Cebu and Central Visayas is “doing good as expected” this year. Carlo Suarez, president of Hotel, Resort and Restaurant Association of Cebu, says average occupancy in city hotels during the first half of 2019 was running at 60 percent with a market mix of local and international guests. (SunStar File Photo)

THE hotel sector in Cebu is optimistic the occupancy rate will sustain its growth this year despite the increased competition it’s facing from emerging markets like the online home-sharing platform Airbnb.

According to Hotel, Resort and Restaurant Association of Cebu (Hrrac) president Carlo Suarez, major hotels in Cebu saw an average occupancy rate of 60 percent in the first half of 2019.

The industry is looking to sustain the high growth it registered last year when Boracay Island, a premier destination in the country, was closed for rehabilitation, prompting tourists to divert to other key destinations like Cebu.

“The hospitality sector for the first half was on a roller-coaster ride due to the emerging new market called Airbnb,” the Hrrac official told SunStar Cebu.

According to Suarez, the home-sharing industry has put pressure on the occupancy rate of hotels.

“We are hoping that the government and the Department of Tourism (DOT) can set guidelines for that industry,” said Suarez, who is the general manager of Cebu Grand Hotel.

DOT 7 Director Shahlimar Tamano said growth in tourist arrivals in Cebu and Central Visayas is “doing good as expected” this year, although the official regional data aren’t available yet.

Tamano said the increasing air connectivity has become the edge of Central Visayas, particularly in Cebu, in attracting more visitors.

“Among the edge of Cebu are the direct flights to key markets in Asia such as Japan, Korea, China, Taipei and the Middle East,” he said.

As of April 2019, Tamano said Cebu had 595 flights per week, with daily flights from these destinations.

Based on official data, passenger traffic at the Mactan-Cebu International Airport (MCIA) reached 6.30 million from January to June this year, up 9.38 percent from 5.76 million in the same period last year.

The country’s second busiest air hub is on track to hit its 13 million passenger target this year.

GMR-Megawide Cebu Airport Corp., the private operator of MCIA, is working to eventually connect Cebu to underserved markets such as Australia, North America, Europe, India and other Southeast Asian countries.

As of March 2019, MCIA is serving 30 domestic and 20 international destinations with 25 partner carriers.

In 2018, visitor arrivals in Central Visayas, where Cebu is the tourist hub, hit 8.1 million. (CSL)